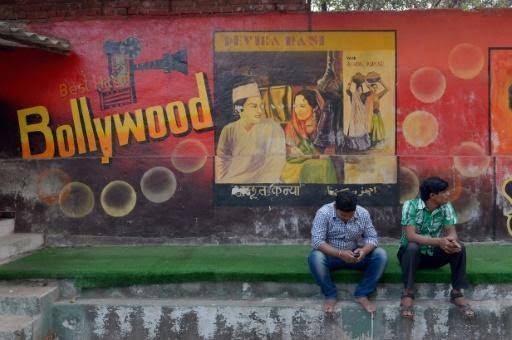 Mumbai hosts the “Bollywood Oscars” for the first time in India in 20 years this week with the megastars, movers and shakers of a booming Hindi film industry celebrating another bumper year, including in huge markets like China.With nearly 1,800 titles released in 2018, the South Asian country is the biggest film industry in the world in terms of movies made, its flicks wowing viewers from Australia to Afghanistan to Africa.
The industry grew 12.2 percent in 2018, which included not only Hindi-language — Bollywood — movies, but also titles in regional languages like Tamil and Telugu, according to a report released in March by Ernst & Young and the Federation of Indian Chambers of Commerce & Industry.
The huge South Asian diaspora in North America, Britain and the Gulf region has traditionally been the major overseas market.
Bollywood blockbuster releases in parts of North America and Britain are huge events, with passionate fans often queueing for hours just to catch a glimpse of stars like Shah Rukh Khan.
But Indian films have also been making huge inroads elsewhere — most notably in China.
The black comedy “Andhadhun”, for example, nominated for best picture at the glitzy Indian International Film Academy Awards on Wednesday, was a huge hit with Chinese viewers, grossing almost $50 million.
Aamir Khan, the star of the two top-grossing Indian films in China, has a crazed following there and is known by many as “Nan Shen” (“male god”).
Film distributor Akshaye Rathi told AFP that the industry has also seen “great growth” in many European countries and in Canada, New Zealand and Singapore thanks to the South Asian community.
“Now it is just a matter of time before we focus on the wider populations in these countries,” Rathi added.
And not forgetting 1.3 billion-strong India itself, where there is massive potential for growth.
According to the Ernst & Young analysis, industry revenues are estimated to swell from 174.5 billion rupees ($2.4 billion) in 2018 to 236.1 billion rupees in 2021.
– A shot in the arm – As the other nominees for best picture at the IIFA – – spy thriller “Raazi”, swashbuckling epic “Padmaavat”, and middle-aged motherhood comedy-drama “Badhaai Ho” — underline, Bollywood has long ago moved on from the cliched all-singing, all-dancing affair.
The industry has also been attracting big, institutional capital and fresh talent, which have helped create greater variety and reaching out to wider, often younger, audiences.
There were fears for the industry when major streaming services arrived in India a few years ago, changing the way many Indians consumer films.
But the likes of Netflix and domestic players like Hotstar have instead been a shot in its arm, providing a new medium for releasing films and more money for new productions.
Unlike regular cinematic releases, they are not subject to India’s notoriously stuffy censors.
Revenues from the sale of digital rights ballooned nearly 60 percent in 2018, according to the EY-FICCI report, with Amazon Prime and Netflix among the major buyers.
The major streaming giants have started producing original Indian content,splashing out on big-money titles.
Netflix, for example, recruited Bollywood superstars Nawazuddin Siddiqui and Saif Ali Khan for its acclaimed series “Sacred Games”.
Last week, the streaming giant linked up with Karan Johar, one of the highest-profile producers in Bollywood, to produce films and series exclusively for its platform.
“It’s going to be P.H.A.T — pretty hot and tempting,” said Johar, reports AFP, Mumbai.