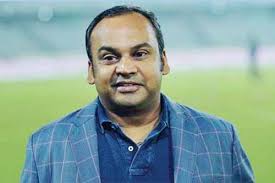 DHAKA—High Performance (HP) chairman Naimur Rahman Durjoy, MP, urged the players to rectify their technique and other aspects of the game while they will remain the part of the HP programme.

He said the players should prepare them in such a way during the HP programme so that they need not to work with their technique in the national team.

“I have told the players to rectify their skill, technique and other aspects of the game in such a way in the HP programmes so that they need not to work further on those aspects in the national team,” Durjoy, also the BCB director said here today.

“Every player should prepare them completely for the national team by working hard here in the HP programme.”

The Bangladesh Cricket Board (BCB) today started a HP training programme at the Sher-e-Bangla National Cricket Stadium with 25 players, most of whom came from the World Champion Under-19 team. The training camp started sans the head coach Toby Redford who couldn’t be available due to the travelling restrictions. For the time being, the local coaches will conduct the training, Durjoy said.

He further said the HP programme will give Under-19 players an opportunity to continue their work before making it to the national team.

“If we look at the example of other countries, some extraordinary Under-19 players made it to the national team directly. But for others, there creates a gap. We can use the HP programme to plug the gap. Sometimes we reckon some players as talented players but they can have the technical problem, which they should rectify in the HP.”

The 25-member HP Squad will undergo fitness and skill training up to October 9 before players who have been selected in teams for the forthcoming 50-over competition join their respective sides.

Practice will re-commence after the one-day competition. In line with the health and safety requirements, the players were tested for Covid-19 on October 5 with all results returning negative.