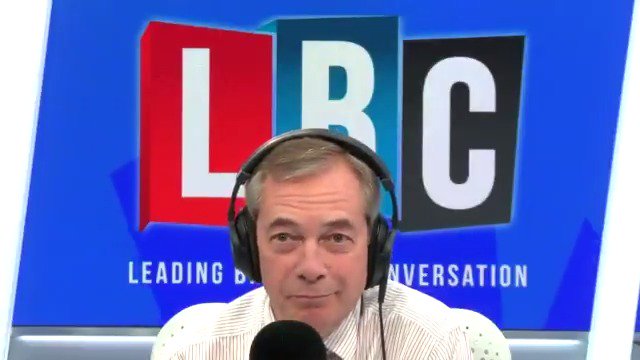 Jeremy Corbyn has hit back at Donald Trump for branding him “so bad” for the UK, saying the comment was “extraordinary” and it is “not his business who is elected to be prime minister in this country”.Speaking to LBC on Saturday, the Labour leader added: “It is a very inappropriate intervention and I hope he will not do more of that.”
Corbyn also hit out at the US president’s own record, saying: “I would say to Donald Trump, look at what you are doing to the Paris Climate Change accord, look at the environmental damage done around the world.”
Corbyn was responding to Trump’s appearance on Nigel Farage’s LBC radio show on Thursday when he did not pull any punches when speaking about potential prime ministers.
Boris Johnson is a “fantastic man” – and the “exact right guy for the times”, the president said.
But when it came to Labour leader Jeremy Corbyn, it’s fair to say he was far less complementary…
“Corbyn would be so bad for your country, he’d be so bad, he’d take you on such a bad way,” Trump said. “He’d take you into such bad places.
“Your country has tremendous potential. It’s a great country.”
Speaking on Saturday, Corbyn said: “I thought it was extraordinary. It’s not his business who is elected to be prime minister in this country.
“We live in a parliamentary democracy and we’re having an election campaign at the moment.”
Also on Saturday, Corbyn continued to put the NHS at the heart of the election campaign as he declared he was “deeply suspicious” of Boris Johnson’s plans for the health service.
The Labour leader visited Swindon on Saturday and said he was concerned how the Conservative Party’s relationship with the US could affect Britain’s public services.
The party has said it will defend the NHS against a possible “sell out” to US corporations in a Donald Trump trade deal.
HuffPost UK