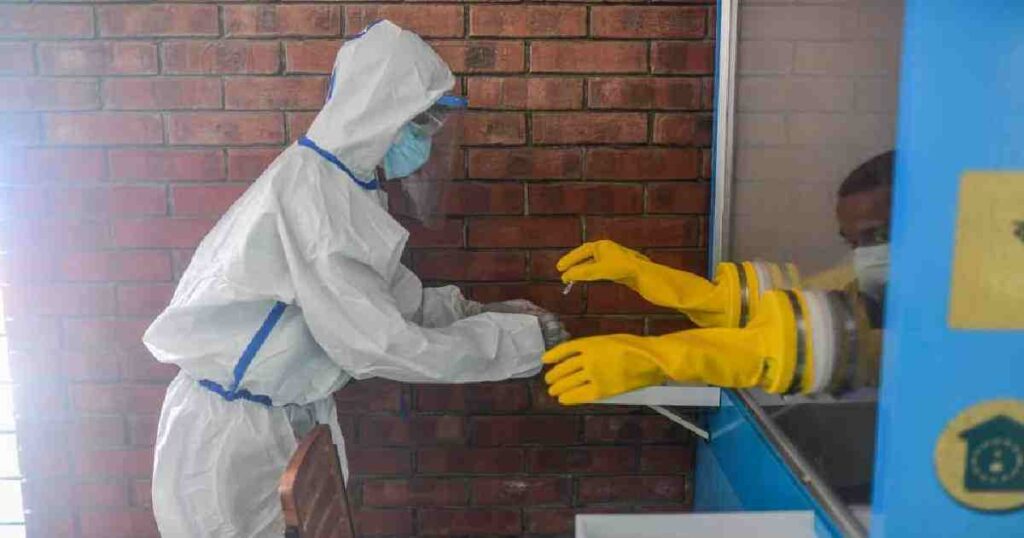 Bangladesh on Thursday saw another spike in COVID-19 cases as the health authorities of the country confirmed the detection of 3,187 new patients across the country in the last 24 hours, taking the total number to 78,052.Besides, the death toll stands at 1049 as fast the spreading disease claimed 37 more lives during the same period.
Additional Director General of the Directorate General of Health Services (DGHS) Prof Dr Nasima Sultana came up with the disclosure at its daily health bulletin.
In the last 24 hours, 55 coronavirus testing laboratories across the country tested 15,772 samples, she added.
The detection rate of new patients on Thursday has been recorded at 20.21 percent.
Across the country 848 more patients made recovery, she said adding that so far 16,747 people have recovered from the disease.
Against the total number of detected cases, the recovery rate is 21.46 percent and the mortality rate is 1.34 percent in the country.
Among the deceased, 30 were male and seven were female. Dr Nasima said that 22 of the patients were within the age range of 61 and 70.
“Their age-based analysis says, two were aged between 31 and 40 years, four between 41 and 50, eight between 51 and 60, 22 between 61 and 70, and another was aged between 71 and 80 years,” she said.
Twenty patients died in Dhaka division, seven in Chattogram division, four in Rajshahi division, three in Sylhet division, two in Barishal division, and another died in Rangpur division.
“Twenty-eight people died in hospitals across the country and nine others died at home,” she added.
Across the country, 671 more people were taken to isolation in the last 24 hours while 155 were released. Currently, 8,764 individuals are in isolation.
During the same period, another 3,161 people were home and institutionally quarantined and 1,873 were released. At present 58,999 people are quarantined across the country.
Dr Nasima mentioned that there are 629 institutions ready for institutional quarantine at different districts and upazilas of the country. “Currently they can accommodate 31,919 people,” reports UNB.