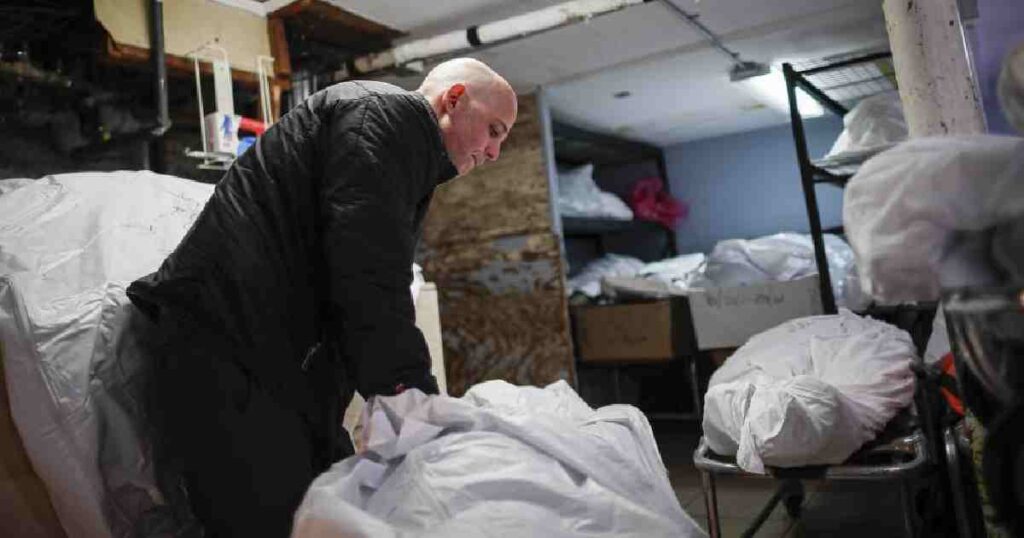 Brazil has reported a record 751 COVID-19 fatalities over a 24-hour period. The IMF says the global economy will suffer even more than the previously forecast “pessimistic assessment” for 2020.
The global death toll from COVID-19 has risen to roughly 275,000, while more than 3.9 million people are known to have been infected, DW reported. – Brazil, the hardest-hit country in Latin Amerca by the coronavirus crisis, has reported 751 new deaths, bringing its total to nearly 10,000
– The World Health Organization announced that it is $1.3 billion (€1.2 billion) short of the $1.7 billion required to fund its global coronavirus response effort. The statement came shortly after the US withdrew funding from the WHO
– COVID-19 deaths in Italy surpassed 30,000 after health authorities reported 243 new fatalities. Only the US and UK have recorded more deaths from the virus
Updates in Universal Coordinated Time (UTC/GMT)
Magician Roy Horn, who was a part of the German entertainer duo “Siegfried & Roy,” died at the age of 75 after contracting COVID-19, his spokesman Dave Kirvin said. Horn, an animal tamer and magician, gained notoriety for his appearances with white tigers and lions, alongside his partner Siegfried Fischbacher.
His career ended in 2003, when he was mauled by a tiger, inflicting injuries that he never fully recovered from.
“Roy was a fighter his whole life including during these final days,” his stage partner Fischbacher said in a statement.
South Korea registered 18 new cases of the coronavirus on Saturday — 12 of these were in Seoul.
While health authorities did not immediately release further details, the new transmissions are being linked to night clubs in the Itaewon entertainment district in Seoul.
On Friday, medical workers began contact tracing after a 29-year-old man who visited three nightclubs in the district last week later tested positive for the virus.
At least 15 of the new transmissions were linked to him.
Prime Minister Chung Sye-kyun said the government will employ ”all available resources” to locate and isolate those infected.
An administrative order has also been released advising nightclubs and similar facilities across the country to close for a month.
The total number of confirmed cases in the country has risen to 10,840, with 256 deaths.
Argentina on Friday extended its lockdown in the capital but relaxed restrictions elsewhere in the country.
A day before they were set to expire, social distancing measures in Buenos Aires were extended to May 24.
President Alberto Fernandez made the announcement in a television address, saying that he was “extremely proud” of citizens for adhering to strict social distancing protocols. He added that the measures helped the country achieve its goal of flattening the infection curve.
The mayor of Buenos Aires, Horacio Rodriguez Larreta, announced that children will now be allowed to exercise outside on weekends when accompanied by their parents.
Argentines have been under a strict quarantine since March 20. In April, they were allowed to take short walks outside their homes during the day.
The country has reported a total of 5,611 cases of COVID-19 and 293 deaths.
The number of confirmed coronavirus cases in Germany has risen by 1,251 to 168,551, according to figures from the Robert Koch Institute released on Saturday. The total number of deaths rose by 147 to 7,369.
The US Centers for Disease Control and Prevention (CDC) has reported 28,974 new cases of COVID-19, bringing the total to 1,248,040. The number of deaths has risen by 2,180 to 75,477.
The US is the world’s worst-affected country in the coronavirus pandemic. – DW News