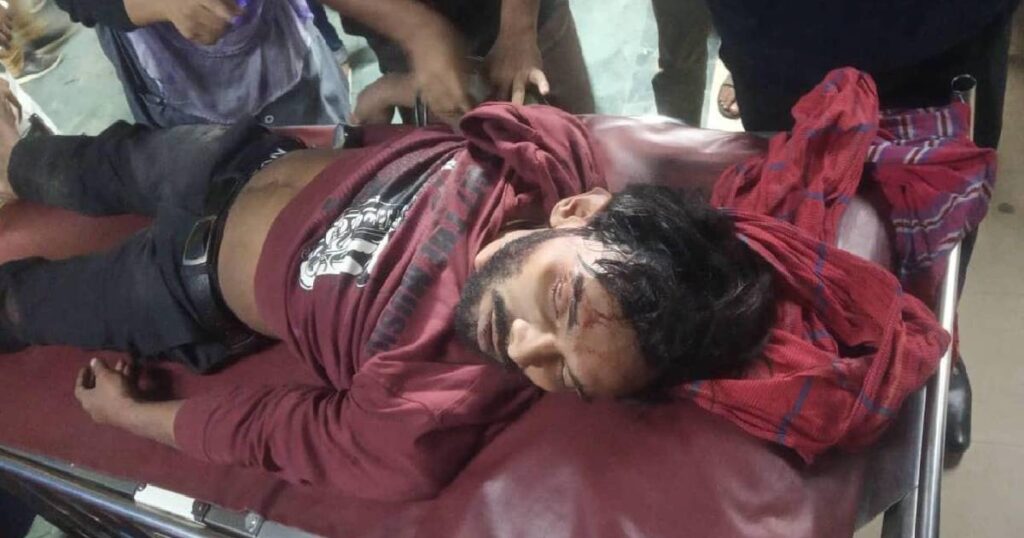 BNP’s Dhaka South City Corporation (DSCC) mayoral candidate Ishraque Hossain came under attack during campaigning in the city’s Gopibagh area on Sunday morning.Ishraque, a number of his supporters and journalists were injured.
Witnesses said miscreants pounced on the campaign from both sides of the road in front of the Central Women’s College around 11:30am.
The two sides fought pitched battle lasting for about 30 minutes until police intervened.
Ishraque took shelter at his Gopibagh’s residence.
Ishraque, in an instant reaction said miscreants attacked their peaceful electioneering.
“We’ll leter hold a press briefing in this regard,” he added.
Last week, BNP’s mayoral candidate of Dhaka North City Corporation (DNCC) Tabith Awal was also attacked during electioneering at Gabtoli. BNP activists accused ruling Awami League-backed councilor candidate for the incident, reports UNB.