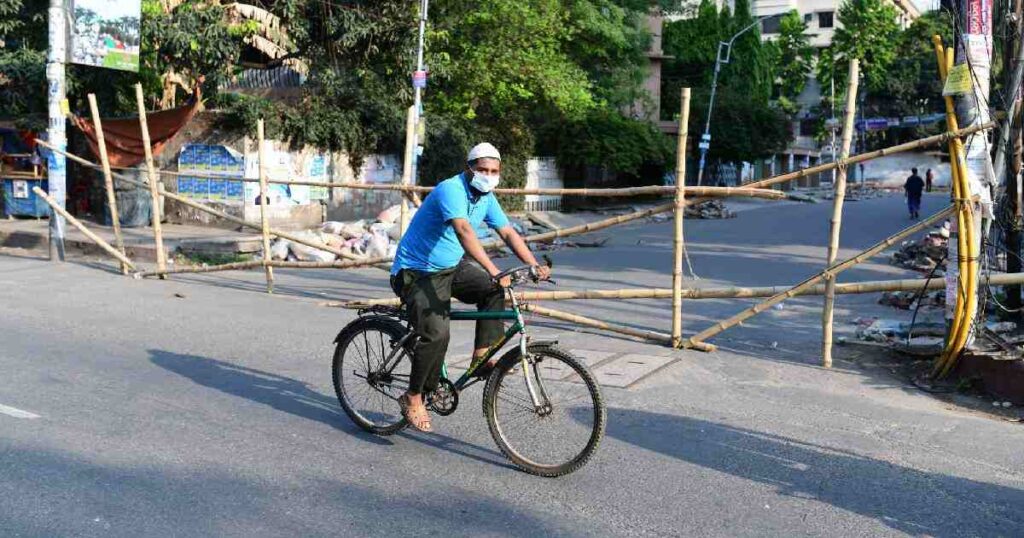 Bangladesh’s health authorities on Monday confirmed 497 new cases and reported the deaths of seven coronavirus patients in the last 24 hours.

The country, one of the most densely-populated, has so far recorded 5,913 cases and 152 deaths.Additional Director General (Admin) of the Directorate General of Health Services (DGHS) Dr Nasima Sultana came up with the disclosure at daily health bulletin broadcast from Mohakhali.

On the 51st day of infection, 497 more people tested positive for coronavirus within past 24 hours, taking the number of such cases in the country to 5,913, she said.

“Five of the deceased patients were aged above 60 and one was aged between 41 and 50 and another one was a child aged below 10,” she added.Most of the deceased were from Dhaka division, Dr Nasima said.

“Six of them were male and one was female. Five of the dead were from Dhaka, one was from Sylhet, and one other from Rajshahi,” she added.Across the country, 4,192 samples were collected and 3,812 samples were tested in the last 24 hours.

Nine more people recovered and were released from hospitals during the period.Dr Nasima mentioned that the DGHS is working to collect information about the recovered patients taking treatment from home.

Some 1,01,722 people have been released from quarantine across the country so far.Dr Nasima noted that only four districts remain unaffected by the viral infection. “No infection was detected in only four out of 64 districts — Khagrachhari, Rangamati, Natore and Satkhira.

One person who was said to have been infected in Natore actually lived in Dhaka and his home district is Natore. So, it’s the only district in Rajshahi that’s yet to be affected,” she said.