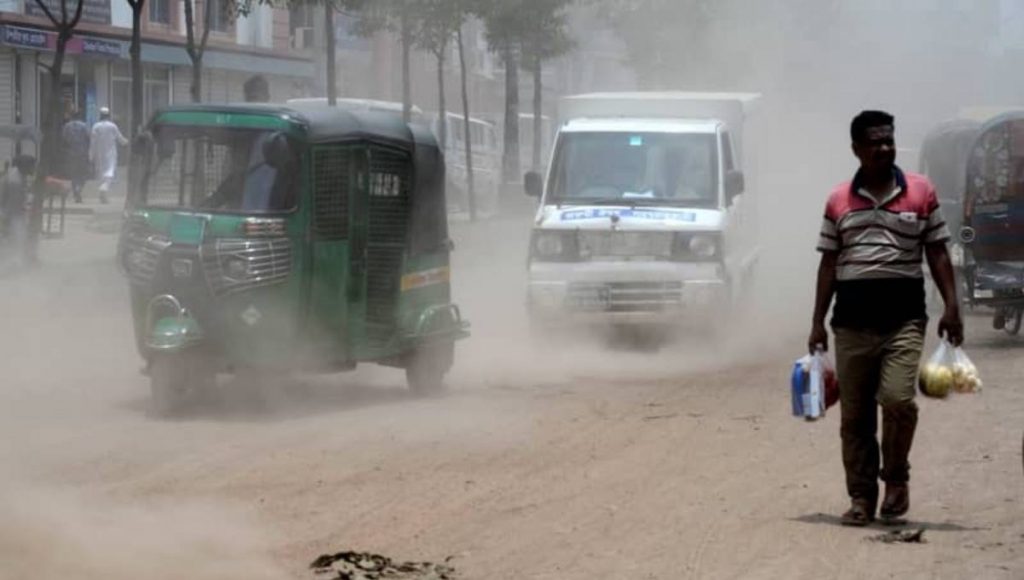 Dhaka, Nov 24 – Bangladesh’s capital city was ranked the worst in Air Quality Index (AQI) on Saturday morning. This is for the fifth day in a week that the city has ranked worst in the world. On only one day it ranked 3rd worst in the world.The worst rank in air quality means a nightmare for he residents. The face risks of catching respiratory problems. Those who are already facing respiratory problems would find it difficuolt to move outdoors. Children, particularly those who go to schools, are in serious risk.
Dhaka had a score of 213 at 8 am, indicating that the air quality was ‘very unhealthy’.
In the index, India’s Delhi, China’s Beijing and Pakistan’s Lahore occupied the next three slots with scores of 211, 203 and 184 respectively.
When the AQI value is between 201 and 300, every city dweller may begin to experience health effects.
Children, adults, and people with respiratory diseases are advised to avoid outdoor exertion while everyone else is suggested to limit outdoor exertion in this situation.
The air quality is categorised as good when the AQI score remains between 0-50. The air is classified as moderate when the score is 51-100. But when the number is between 101 and 150, the air is classified as unhealthy for sensitive groups.
The AQI, an index for reporting daily air quality, tells people how clean or polluted the air of a certain city is, and what associated health effects might be a concern for them.
Bangladesh’s overcrowded capital has been grappling with air pollution for a long time. The quality usually improves during monsoon. – GreenWatch Dhaka News Desk with UNB