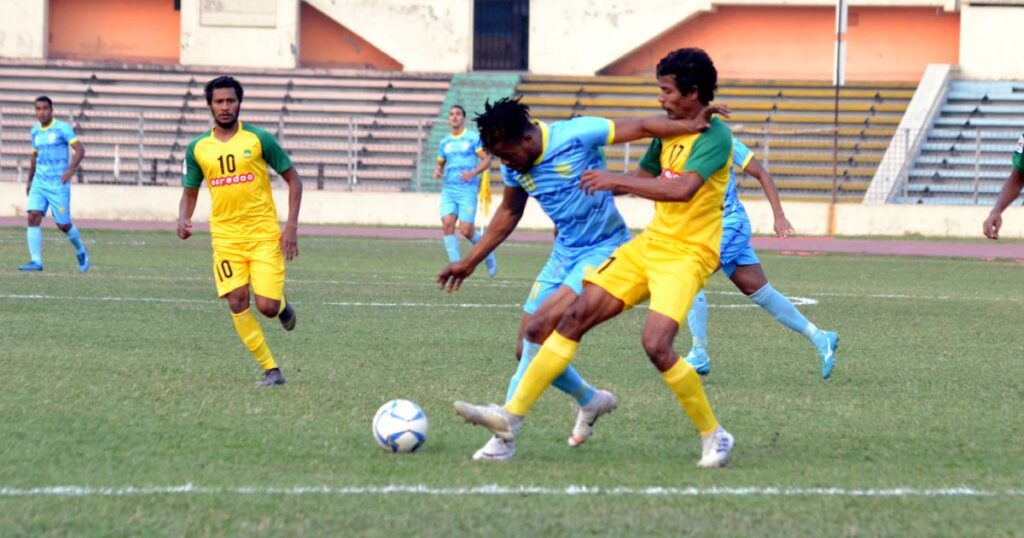 Dhaka  – Dhaka Abahani conceded two away goals but managed to equalize twice against Maziya Sports & Recreation Club of the Maldives  as the first-leg match of the AFC Cup Preliminaries at the Bangabandhu National Stadium here on Wednesday ended in a draw.

Despite the day’s draw, Maziya SRC have an advantage of scoring two away goals against Abahani.

Now Dhaka Abahani either have to win their away match against hosts Maziya SRC in Male on February 12 or it will have to be a more high-scoring draw than the result in Dhaka.  Reproducing the 2-2 result will lead to extra-time and possibly penalties, while a lower-scoring draw will see Maziya qualify on away goals.

Of the day’s four goals, three were scored by the foreign booters. Touring Maziya SRC twice took the lead while Abahani Ltd leveled the margin later in the day’s keenly contested match.

After spoiling a series of chances, Maziya SRC took lead in the 41th minute when their forward Ibrahim Hussain tapped the ball home utilizing a killer assist from Cornelius Ezekiel, who beat Abahani defenders and goalkeeper Shahidul Alam Sohel (1-0).

Just four minutes later, Brazilian booter Mielson Veriato equalized the margin for Dhaka Abahani in the stoppage time of the first half (1-1).

In the 59th minute, Abahani again went down in the race as Cornnelius scored the 2nd goal for Maziya (2-1)

In the 65th minute, Nigerian booter Sunday scored the 2nd goal for Abahani with a well-placed shot from inside the danger zone, off a long throw-in of Rayhan (2-2).

On the other hand, all of Maziya’s attacks were orchestrated by Cornelius who never stopped causing trouble for Abahani’s defenders.

The return- leg match between the two teams will be held on February 12 in the Maldives capital Male.