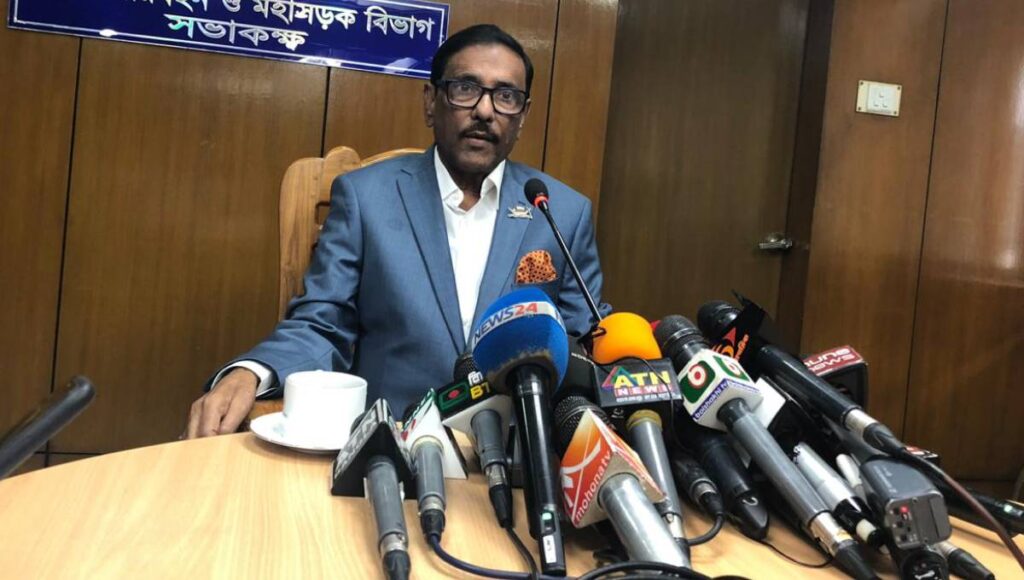 Road, Transport and Bridges Minister Obaidul Quader on Monday said the ongoing drives against corruption, drugs and criminalisation will continue until the menaces are uprooted.“The Prime Minister told not to spare anyone even if they are affiliated with the ruling party,” he told reporters at the Secretariat.
Quader said the Prime Minister had ordered senior leaders, law enforcers and high officials not to compromise and spare any godfather, extortionist, corrupt, tender manipulator, or drug smugglers.
“She also spoke about breaking the cycle of corruption and not to compromise with anyone,” the ruling Awami League general secretary said.
Many are being arrested at the district level for corruption during the ongoing drive. “It’ll continue until criminalisation and corruption are uprooted,” he said.
Quader said the media should have run reports on these matters.
“Criminal offenders, irrespective of their political affiliations, won’t be spared,” the minister reiterated, reports UNB.