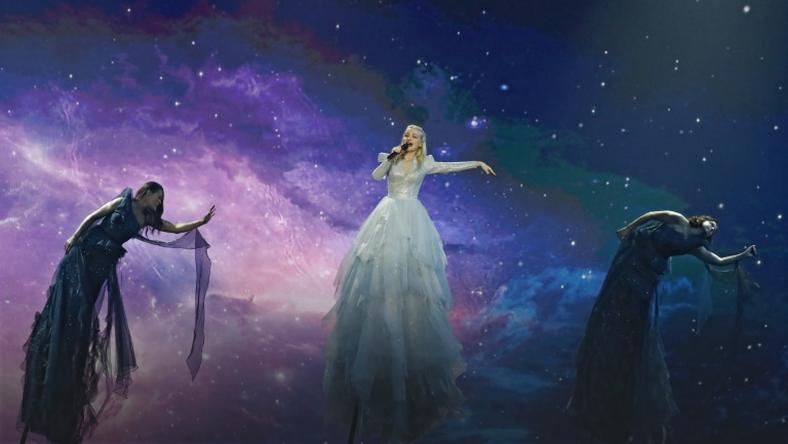 Holland, Sweden and Australia are the bookmakers’ favourites going into Saturday’s Eurovision song contest finals, as last year’s winner and current host Israel battles to emerge with the biggest brand boost.
The glitzy and oh-so-glamorous finale will give the Jewish state a chance to showcase its credentials as a culturally progressive nation.
But the choice of Tel Aviv as host has stoked months of controversy geopolitically, and consternation among pop stars sympathetic to the rival Israeli and Palestinian causes.
Palestinians are planning a simultaneous alternative event dubbed “Globalvision”.
Parties are set to take place in the West Bank city of Ramallah, Haifa in northern Israel — home to a significant Arab population — and London and Dublin.
Anti-occupation NGO Breaking the Silence erected a billboard in Israel with the slogan “Dare to Dream of Freedom,” playing on the 2019 contest’s slogan “Dare to Dream”.
How far those rival initiatives — and the vociferous clamour of Pink Floyd’s Roger Waters and British singer Peter Gabriel against Israel playing host — will steal the limelight from the contest is open to debate.
– Millions to tune in —
The largely European competition, which gifted the Swedish supergroup ABBA to the world, dates back to the 1950s.
Widening over the years to include channels subscribing to the European Broadcasting Union, and now spreading as far as Australia, the show lures in millions every year.
The finalists will keep eager fans super glued to their TV screens late into the night, while 10,000 tourists are in town for the contest.
Favourite Duncan Laurence hopes to end a 44-year drought for Holland in the long-running spectacle, when he sits at the piano to sing his power ballad “Arcade”.
He came out as bisexual in 2016 and has called for tolerance and understanding, saying his love of music provided a refuge during a difficult upbringing as a “mini-Harry Potter lookalike”.
“My youth wasn’t always easy,” he has said. “I used to get bullied a lot because I was ‘fat’, ‘ugly’, ‘gay’, ‘wearing stupid clothes and glasses.’”
Last year’s winning performance by Israeli singer, Netta Barzilai, with her #MeToo-inspired song “Toy” — that included clucking sounds and chicken-like dance moves — secured her country the right to host this year’s extravaganza.
John Lundvik’s submission “Too Late for Love” has given Sweden a chance to maintain what is a stunning record of victories in the finals.
Lundvik, a former athlete, melds a catchy song backed by gospel choirs.
And despite only coming into the competition in the last few years, Australia is ranked as the second strongest contender by the bookies.
Dressed in an extravagant white dress, Kate Miller-Heidke’s version of “Zero Gravity” appears likely to propel her to stardom far beyond her country’s own borders.
The contest will kick off at 1900 GMT with a song by Barzilai championing female emancipation, and will span across some three and a half hours.
– ‘Queen of pop’ centre stage –
But the limelight may yet be stolen by the long-dubbed “queen of pop” Madonna, who has signed a contract to perform at the finale, according to Israeli public broadcaster KAN.
The 60-year-old pop diva has said she was determined to perform at the finals but her participation brought a storm of protest from the Boycott, Divestment and Sanctions (BDS) movement.
BDS has for years been pushing for investors and artists to shun Israel over its decades-long occupation of Palestinian territories, and led the calls for a boycott of this year’s Eurovision.
In a statement carried by US media earlier this week, Madonna said: “I’ll never stop playing music to suit someone’s political agenda nor will I stop speaking out against violations of human rights wherever in the world they may be.”
Adding to the geopolitical swirl around the contest, Germany’s parliament on Friday condemned the campaign run by BDS as “reminiscent of the most terrifying phase of German history” under Adolf Hitler’s Nazi regime.
But a recent escalation of tensions between Israel and Hamas, rulers of the Palestinian enclave of Gaza, appears to have cooled going into the Eurovision finals.
Organisers of weekly protests along the Gaza-Israel border on Friday cancelled a demonstration for only the second time in more than a year.
The Palestinian protesters demand an end to Israel’s more than decade-old blockade of Gaza and the right for Palestinian refugees to return to ancestral lands now inside the Jewish state.
At least 293 Palestinians have been killed in Gaza since the protests began, the majority during the protests, while six Israelis have been killed in Gaza related violence over the same time period, reports AFP.