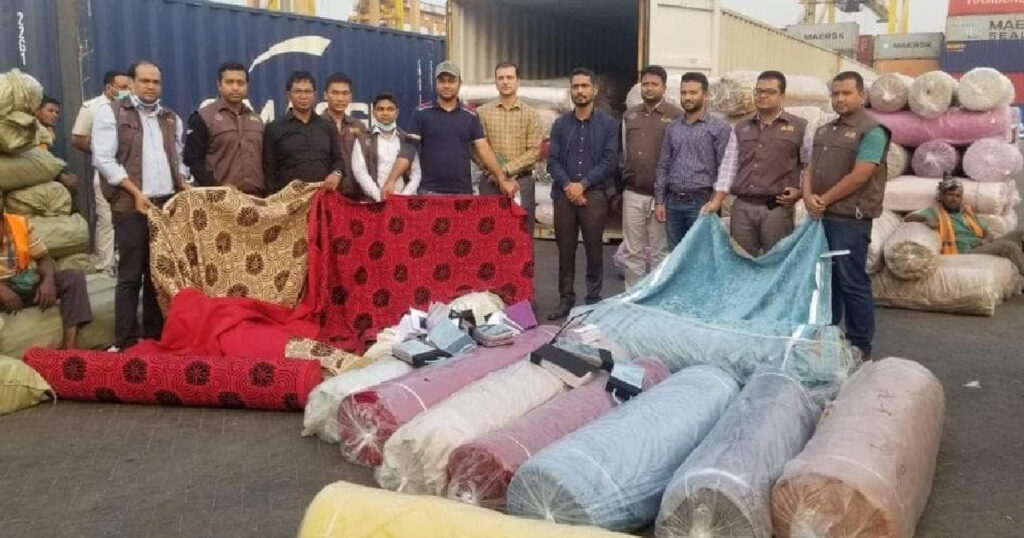 Chittagong, Jan 14 — About 40 tonnes of fabrics imported under false declaration were seized at the Chattogram Port by the Customs House on Wednesday. Customs officials say they seized fabrics has an estimated market value of Tk 1.5 crore.
Sources at the Customs House said Nakano International Company Limited in Ishwardi export processing zone imported two containers of ‘bleached fabrics’ from China.
One of the containers arrived about six weeks ago and the second one reached the port about three weeks ago but the company did not take any initiative to get them released.
This made the port officials suspicious about the importers. Customs House’s Assistant Commissioner Rejaul Karim said they verbally requested a representative of the importing company to have the goods tested.
The company told them that they did not import the goods and that someone else had imported them using their name.
Karim said they would take legal action against people involved in the incident. – UNB