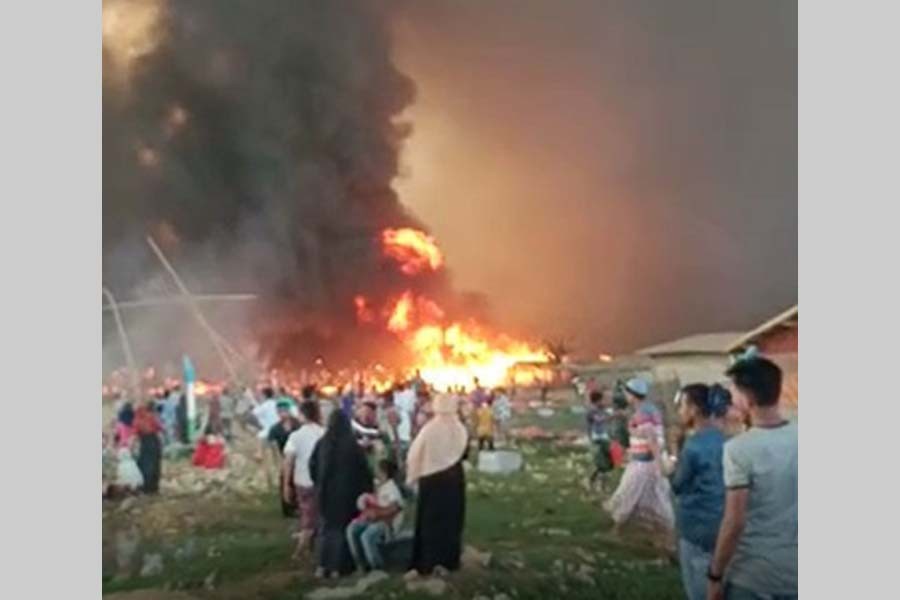 Cox’s Bazar, Mar 22: A fire broke out at Balukhali Rohingya camp in Ukhiya upazila of Cox’s Bazar on Monday afternoon.The Rohingya camp caught fire around 4:30 pm and four units of fire fighters are working to douse the flame, said Md Tanzil, in-charge of Balukhali Rohingya camp.
Origin of the fire could not be known yet, he said.
Bangladesh is now hosting over 1.1 million Rohingyas in Cox’s Bazar and Bhashan Char in Noakhali. The majority of them came here in August , 2017, fleeing persecution in their homeland Rakhine state in Myanmar, reports UNB.