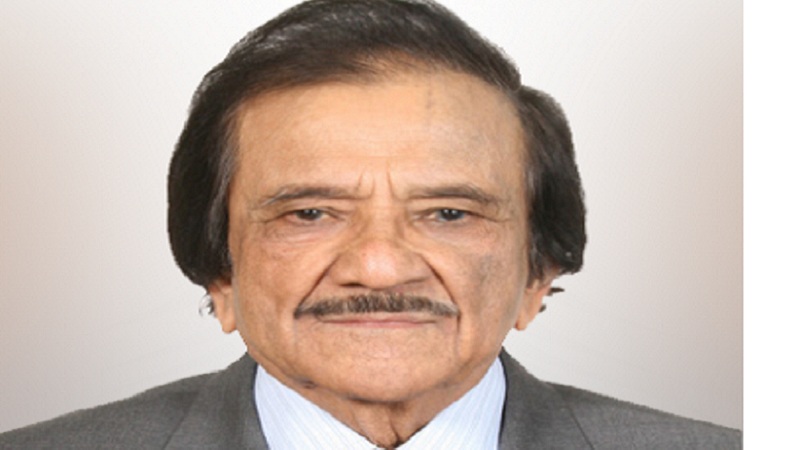 Dhaka, May 3 : Former President of Bangladesh Cricket Board (BCB) and chairman of the Nirman International Ltd Kamal Ziaul Islam, popularly known as K Z Islam, took his last breath at 3:55 pm on Monday at his residence in Dhaka.He was 86.
He enrolled as president from January 30, 1983 to February 18, 1987. He was the 4th president of BCB while president Nazmul Hasan Papon is the 14th president.
K Z Islam, one of the most dynamic and successful presidents of BCB, played an important role for the development of country’s cricket.
He took the first initiative to popularize and spread cricket all over the Bangladesh introducing countrywise Nirman School Cricket, a popular school cricket tournament in1980s and 1990s.
Bangladesh for the first time played International Cricket, Asia Cup Cricket in 1986, under his tenure.
Meanwhile, Bangladesh Cricket Board (BCB), in a media release on Monday, expressed deep bereavement at the passing away of former President of the Board Kamal Ziaul Islam who breathed his last in Dhaka today (Monday, 03 May). He was 86 at the time of his death.
Kamal Ziaul Islam, popularly known as K Z Islam, served as the Board’s President from 30 January 1983 to 18 February 1987.
He is credited with inspiring the age group cricket structure in Bangladesh through the introduction of the Nirman School Cricket Tournament, a nation-wide school cricket competition during his tenure as the President of the then Bangladesh Cricket Control Board (BCCB).
BCB President Nazmul Hassan, MP has paid his tribute to K Z Islam : “He was a pioneer and Bangladesh cricket will forever be grateful to him for his vision and belief. He patronised and encouraged age group cricket with the Nirman School tournament during a period when the game was far from being a professional sport. Because of resourceful personalities like him so many budding players could dream of becoming cricketers and cricket reached every corner of the country. On behalf of the Board I extend deepest condolences and sympathies to the family of K Z Islam.”
As a mark of respect to the Late K Z Islam, the BCB flag will fly at half-mast  on Tuesday( 04 April), reports UNB.