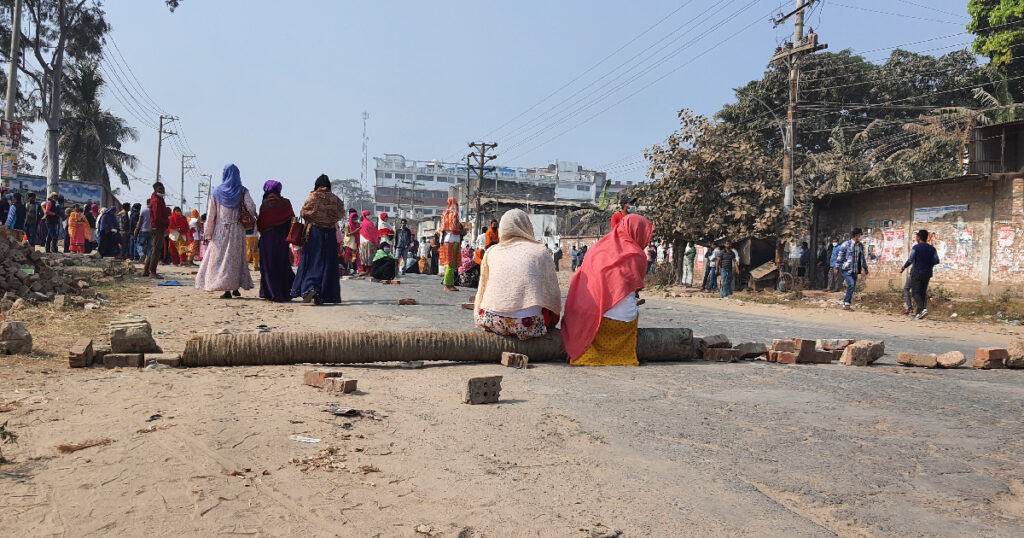 Gazipur, Dec 26 – Traffic on Dhaka-Gazipur road came to a halt for one hour as the workers of a garment factory at Laxmipura area under Gazipur City Corporation blockade road for the third consecutive day on Saturday, demanding payment of their dues.

The garment workers of Style Crafts Limited took to the streets around 9:30 am demanding payment of salaries, overtime allowance and maternity leave allowance, halting traffic movement on Dhaka-Gazipur road.
The workers have been staging demonstrations since Thursday afternoon and blocked the road till 9:30 pm on Thursday.
At one stage, the owners of the factory announced to pay the salary of the month of November by January 7 while the salary of December within January 19.
They also suspended production in the factory for Friday and Saturday amid workers’ unrest.
Despite the announcement from the authorities concerned, the garment workers resumed demonstrations on Friday.
Samir Chandra Sutradhar, inspector of Gazipur Industrial Police, said police are trying to disperse them from the road.
Additional police have been deployed to avert further trouble. – UNB