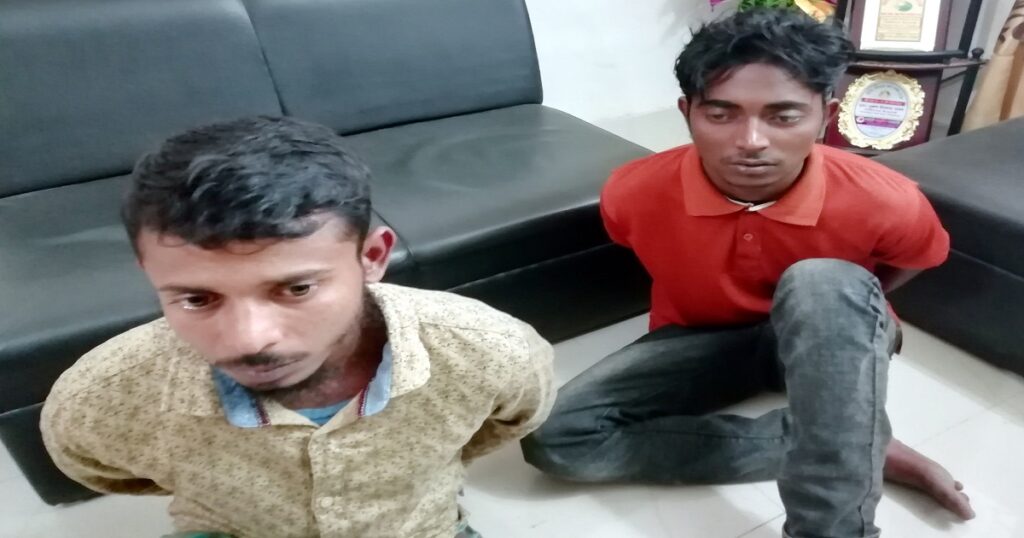 Pirojpur, Nov 23 – An 18-year-old girl has allegedly been gang-raped at Kalakhali of Sadar Upazila of Pirojpur here. Police arrested two youths — Shuvo Sheikh, 26, son of Delwar Hossain, and Belal Khan, 30, son of Nur Islam Khan of Kalakhali -– over the incident on Saturday.
The victim, hailing from Mahishmara village of Nesarabad Upazila, said she got acquainted with Shuvo a few days ago when she was travelling to Pirojpur from Nesarabad. Shuvo collected her contact number and used to call her since then.
On Friday, Shuvo asked her to come to the district town to meet him.
As she reached the town in the evening, he took her to a jungle at Kalakhali where he along with several accomplices raped her in turns.
As the night deepened, they took her to a nearby house and violated her again.
On Saturday morning, she somehow managed to flee the spot and informed police.
Nurul Islam Badal, officer-in-charge of Sadar Police Station, said they immediately arrested two youths in connection with the incident and a case was filed in this connection. “We’re trying to arrest other criminals,” the OC added. – UNB