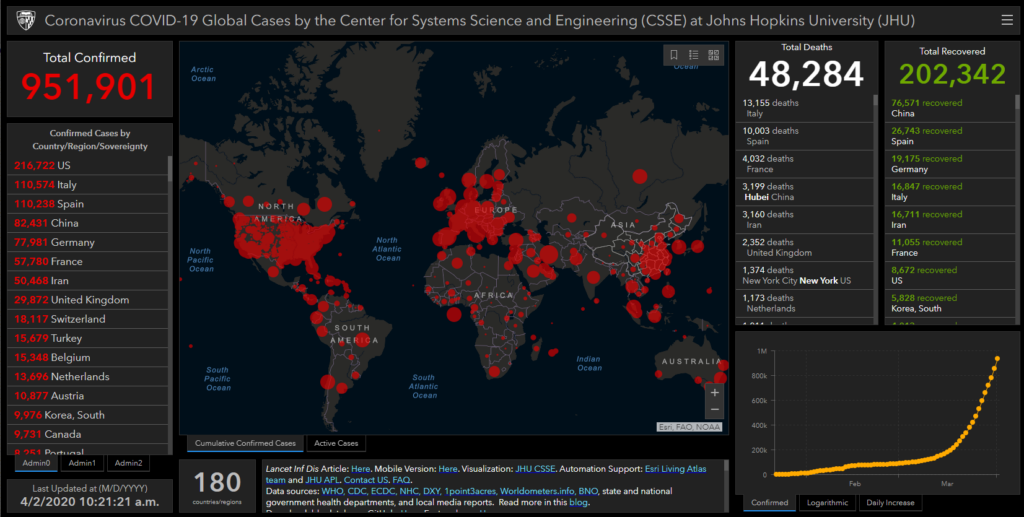 Dhaka, Mar 25 : Covid-19 cases continued to rise around the world for a fourth week in a row, with around 3.3 million new cases reported in the past one week, the World Health Organization (WHO) said on Wednesday.The number of new deaths from the coronavirus levelled off after a six-week decrease, with just over 60,000 new deaths reported.

Europe and the Americas continued to account for nearly eight in 10 of all cases and deaths, while the only region to report a decline in fatalities was the Western Pacific, down nearly a third, compared to the previous week.

Infections rose notably in South East Asia, the Western Pacific, Europe and the Eastern Mediterranean, according to the World Health Organization’s weekly epidemiological update.
In the African region and the Americas, infection numbers have remained stable in recent weeks, although WHO pointed to “concerning trends” in some countries within these regions.
These include Brazil, where the highest numbers of new cases were reported (508,010 new cases in a week, representing a three percent increase)
The United States saw 374,369 new cases –a 19 percent decrease — while India saw 240,082 new cases, a 62 percent increase. France saw 204,840 new cases (up 27 percent) and Italy saw little change, with a recorded 154,493 new cases.

WHO said that latest data on coronavirus variants of concern, indicate that the so-called “UK” strain is present in 125 countries, across all six global regions.
This variant – VOC202012/01 – may be associated with an increased risk of hospitalisation, severity and mortality, WHO noted, pointing to a study involving 55,000 Covif-19 patients between last October and January, where deaths from the UK variant were 4.1 per 1,000, compared with 2.5 per 1,000 among those infected with the previously circulating coronavirus.

Vaccine efficacy
On a more positive note, data from vaccine tests conducted in England from December 2020 to February 2021 — when VOC202012/01 was very prevalent — “showed the early real-world effectiveness of the Pfizer/BioNTech’s BNT162b2 vaccine and AstraZeneca’s ChAdOx1 vaccine against confirmed Covid-19, hospitalisations and deaths”, WHO explained.

Variant 501Y.V2 predominant
The so-called “South African” variant — 501Y.V2 — is now present in 75 countries across all regions, WHO continued, in “over 90 percent of sequenced specimens in some settings”.
Highlighting the results of a study comparing hospital admissions in South Africa during the peak of the first wave of the coronavirus in mid-July 2020 with the second wave that peaked in January 2021 –when variant 501Y.V2 was the predominant variant — WHO pointed out that “the risk of in-hospital mortality increased by 20 percent”.

The third variant of concern, P.1, was reported in three additional countries in the last week, bringing the total to 41 nations across all regions.
WHO cited a recent analysis of hospitalisations and frequency of P.1 in Manaus city, Amazonas state, Brazil, where it was first detected, noting that it has spread widely.
“Based on the preliminary findings, P.1 is found to be 2.5 times more transmissible … compared to the previously circulating variant, while the reinfection probability was found to be low (at) 6.4 percent.”
Globally, on 23 March, there have been 123,419,065 confirmed cases of Covid-19, including 2,719,163 deaths, reported to WHO.
As of 22 March 2021, a total of 403,269,879 vaccine doses have been administered, reports UNB.