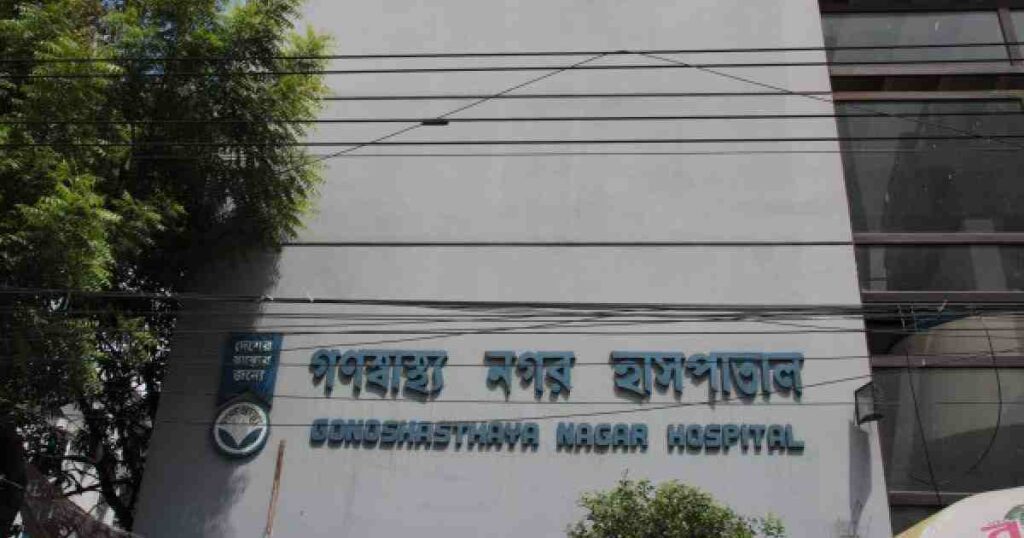 Dhaka, Aug 15 – A plasma and blood donation centre set up by Gonoshasthaya Nagar Hospital in memory of Bangabandhu Sheikh Mujibur Rahman was opened on Saturday. Dr MA Khan, a professor of Dhaka Medical College’s haematology department who leads the technical sub-committee on plasma therapy at the country’s premier medical college, inaugurated the centre around 11:30 am on the National Mourning Day commemorating the barbaric assassination of Bangabandhu.
Gonoshasthaya Kendra (GK) founder Dr Zafrullah Chowdhury, Gono Bishwabidyalay professor and lead researcher at Gonoshasthaya Pharmaceuticals Dr Bijon Kumar Sil and other officials of the hospital were present at the programme.
Speaking at the programme, Dr MA Khan said the demand for plasma has decreased now as people have become less concerned about coronavirus.
He said it is very important to decide who should be given plasma therapy at what time. “If we can give it to the elderly patients at the early stage of infection of the virus, we’ll get the good results.”
Dr Khan also said until an effective vaccine is found, plasma therapy can be used as a treatment of the deadly virus. “Because we know at least Tk 30,000 to 60,000 is required to avail of the antivirus and the drugs that are being used in an injectable form to beat Covid-19.”
Stating that plasma’s main energy is an antibody, he said it makes the virus useless and creates resistance so that the virus can no longer enter the human cells.
Dr Zafrullah said they opened the centre on the National Mourning Day commemorating the assassination of the Father of the Nation Bangabandhu Sheikh Mujibur Rahman as a mark of respect to him who himself named the institution as Gonoshasthaya.
Dr Zafrullah said plasma is very important for many corona-infected people to beat the virus. “Many people become very weak physically when they get infected with corona. Plasma is effective for them since it enhances their energy and strengthens their immune system to fight off the virus.”
He said publicity is necessary to encourage people to donate plasma and the patients to receive it. “There needs to be a plasma centre in every district of Bangladesh under the leadership of Prof MA Khan.”
Zafarullah also said plasma will be collected from the blood of 25 corona-free patients every day maintaining scientific rules at the Gonoshasthaya Nagar Hospital’s plasma centre.
Zafarullah said when different hospitals are taking Tk 20,000-25,000, they will only charge Tk 5,000-6,000 for providing the corona patients with plasma therapy. – UNB