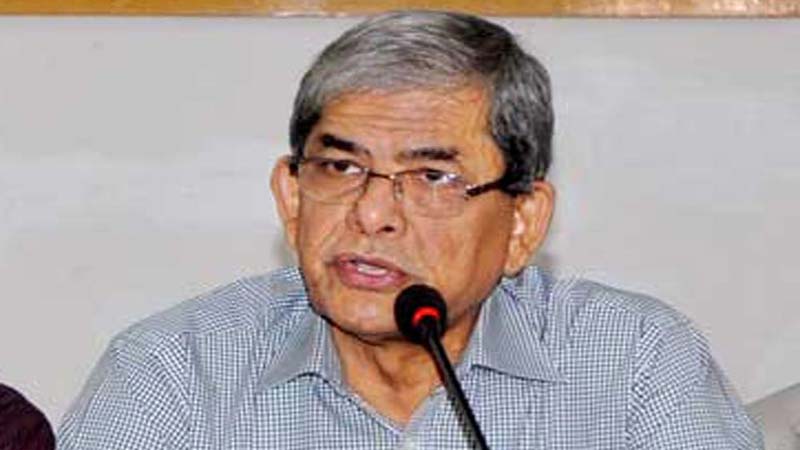 BNP secretary general Mirza Fakhrul Islam Alamgir on Friday alleged that the government is trying to return to power by keeping opposition parties out of the next general election race.

“They (govt) want to retain power by holding a lopsided election like the 2014 one keeping all the opposition parties out of the polls,” he said.

The BNP leader came up with the remarks while talking to reporters after placing wreaths at their party founder Ziaur Rahman’s grave together with leaders and activists of Jatiyatabadi Jubo Dal, marking its 40th founding anniversary.Fakhrul warned that the country’s people will not accept any unilateral polls, and they will make their movement for restoration of democracy and their voting and other rights a success through united efforts.

He alleged that the government is arresting not only BNP leaders and activists, but also those who speak in favour of democracy as part of its an ‘evil’ plan over the next polls. “They’re filing false cases against pro-democratic people and sending them to jail.”The BNP leader said the government is moving ahead with an objective to ‘restore’ one-party rule in the country.

Fakhrul said the next general election is not possible to hold in a fair and neutral manner under the current Election Commission as it is playing a subservient role.He said they are now working to make active their former MPs and leaders, who are known as ‘reformists’ for their role against the party during the 1/11 government in 2007, to strengthen the party further.

“Under the current context of the country, the democratic forces are getting united and stronger. So, our party has decided to make active those who were inactive out of the party,” he added.On Thursday, Fakhrul had a meeting with 12 ‘reformist ex-BNP MPs at party chairperson’s Gulshan office.