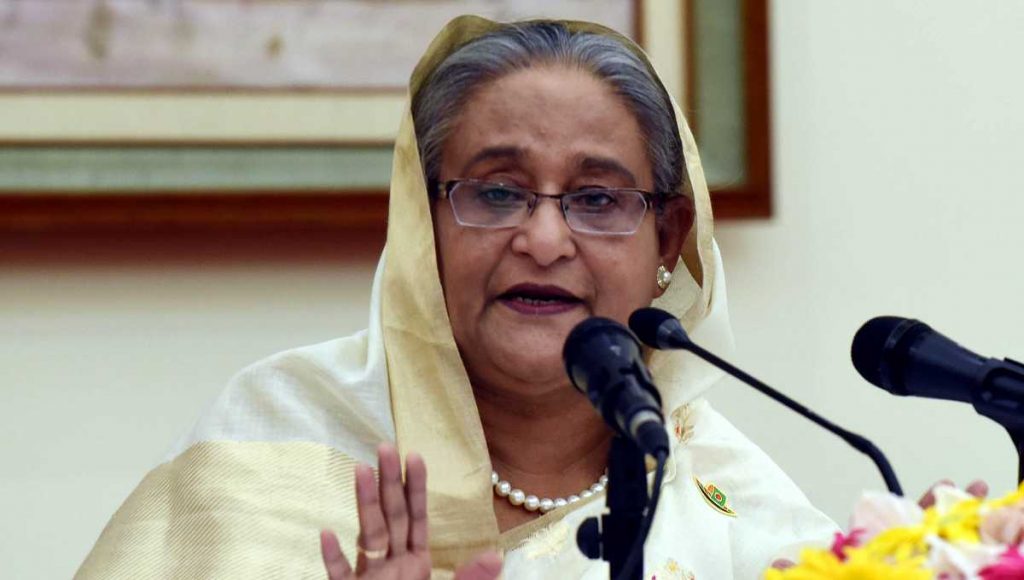 Dhaka, May 25 (UNB) – Prime Minister Sheikh Hasina on Saturday said the aim of her government is to improve the living standard of people and free the country from poverty.

“We’re taking Bangladesh to the trajectory of development through reducing poverty…we’ve always one goal — to develop people’s lifestyle, free them from poverty and make the country economically self-reliant,” she said.

The Prime Minister said this after opening the second Meghna and second Gumti Bridge on Dhaka-Chattogram highway through a videoconference from her official residence Ganobhaban.

The newly-constructed bridges, she said, will be very much helpful for the socioeconomic development of the country. “These bridges will help boost regional cooperation.”

Sheikh Hasina mentioned that it is now a global village, and all will have to catch up with others. “These works, we think, aren’t only for us…these will contribute a lot towards enhancing regional cooperation.”

Hasina said the government is developing roads, rail routes, waterways and air communications, and the people of the country are getting the benefits of the government’s various programmes.

Talking about the construction of Metro Rail to ease the sufferings of people living in Dhaka, the Prime Minister said once the work is completed, there will be no pain.

She said there will be 16 stations for Metro Rail and it will be possible to carry 60,000 passengers per hour.

For developing the country, Hasina said, the government is getting cooperation from friendly nations, development partners and above all the cooperation of the country’s people.

She renewed her call to people to be cautious once they are on the streets, especially while crossing roads. “All have to abide by traffic rules.”

Terming Bangladesh as the role model of development in the world, the Prime Minister urged all to maintain the pace of the development.

Later, the Prime Minister spoke to a cross-section of people in Munshiganj, Cumilla, Gazipur and Tangail through the videoconference.

As per the contract, the Japanese firms began work in January 2016 and it was scheduled to complete within June 2019. But, the progress of the work was halted for around four months after the Holey Artisan attack in July 2016.

Later, the government extended the deadline for six months by re-fixing it at December 2019. But, the construction of the bridges has been completed around seven months before the schedule.

The work on the around 400-metre new Kanchpur Bridge, with a cost of Tk 950 crore, was completed in December 2017 and the new one is two metres wider than the old one. The authorities have already started restoration work on the old bridge.

Dual carriageway between the port city and the capital shrinks to a single one at the Meghna and Gumti bridges. The old Kanchpur Bridge is technically a dual carriageway, but its width is not adequate.