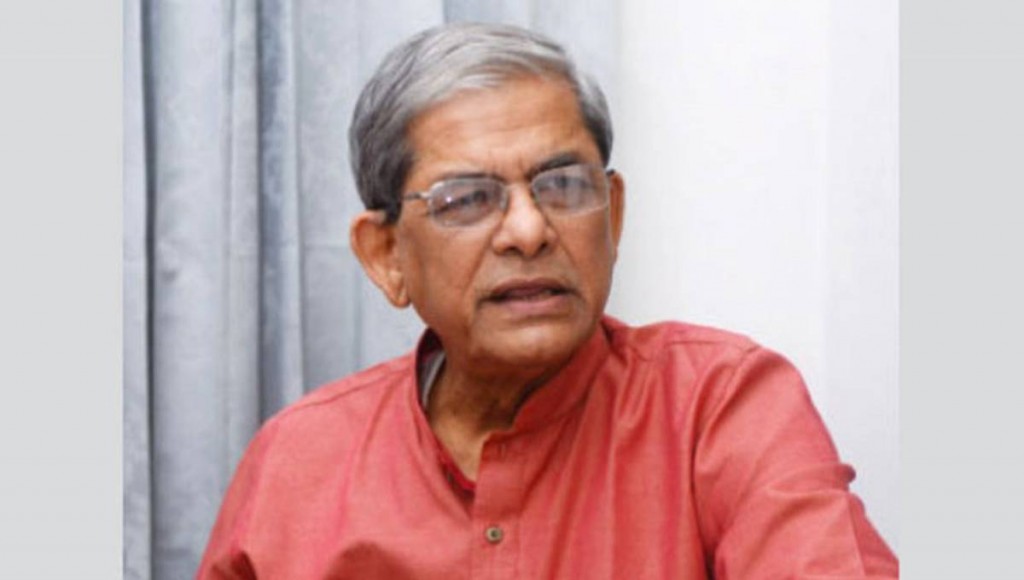 Thakurgaon, July 28 – BNP secretary general Mirza Fakhrul Islam Alamgir on Sunday said dengue has turned into a serious problem due to the negligence of the government and city corporations in eradicating mosquitoes.“The way dengue has spread it has now become a national issue, but the ruling party and the ministers have taken it lightly. That’s why we haven’t seen any effective steps to free Dhaka city from dengue,” he said.
The BNP leader further said, “They (mayors) are saying the insecticide being used is ineffective to kill mosquitoes. We think it’s a serious negligence of the government and the city corporations.”
He came up with the remarks while talking to reporters at his Thakurgaon residence.
Fakhrul also criticised Dhaka South City Corporation (DSCC) Mayor Sayeed Khokon for calling dengue outbreak rumours when several hundred people are getting affected with the disease every day.
He urged the government and the city corporation authorities to stand by the dengue-affected people and take immediate steps to check the mosquito menace.
About the recent spate of killing of people in mob beating, the BNP leader said people are taking law into their own hands for lack of the rule of law and the government’s accountability.
He also voiced concern over the deteriorating health condition of their chairperson Khaleda Zia and urged the government to immediately free her from jail. – UNB