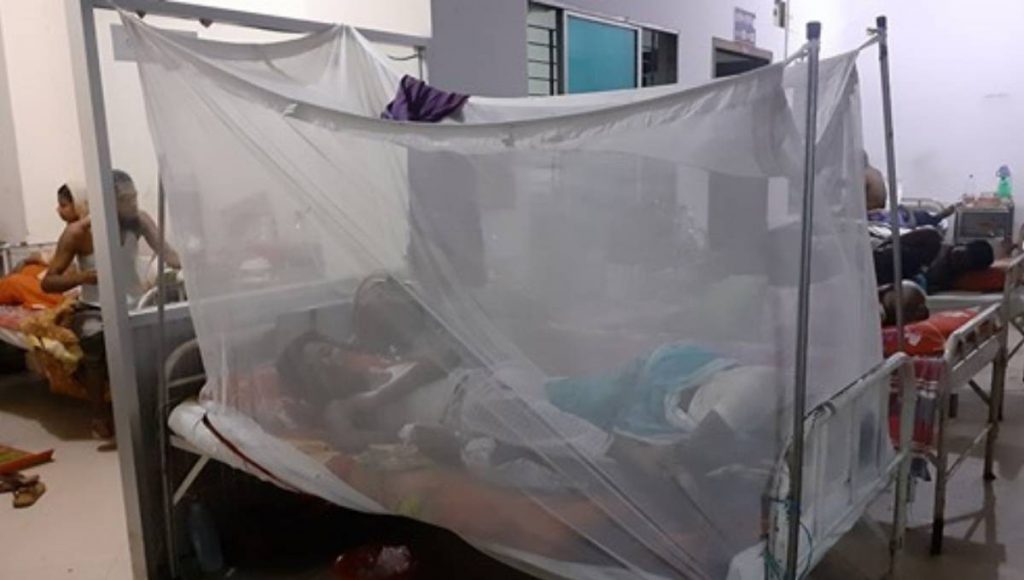 Dhaka, July 28 – The death of two students of two public universities — Dhaka University and Jahangirnagar University of dengue virus infections have angered their students and have made them to stage agitation on the streets yesterday.The demanded proper steps from the authorities concerned to take effective mechanisms to control the mosquito menace. They also sought compensation from them for the deaths of their fellow classmate.
Meanwhile, Directorate General of Health (DGHS) yesterday asked all the private and government hospitals across the country to launch one stop centre for dengue patients and also fixed the prices for dengue tests at Tk 500.
Director General of DGSH Abul Kalam Azad met with the directors and managing directors of the private hospitals, clinics and diagnostic centers to discuss the diagnoses and treatment of dengue, confirmed DGHS Medical Officer Dr Shah Alam Siddiqui.
The decision was taken when dengue turns into a near epidemic proportion as the number of recorded cases of dengue infection in the first seven month of this year has hit 11,654 (till the report filling) breaking all records of the mosquito-borne disease in the country.
During the meeting it was decided that all the private hospitals and diagnostic centers will open a ‘one stop centre’ for dengue patients and also increase the number of beds and manpower according to the number of patients.
The new prices for the tests, fixed during the meeting are—
Test New price/Tk Old price/Tk
NS-1 500 (maximum) 1200-2000
IgM + IgE or IgM/ IgE 500 (maximum) 800-1600
C