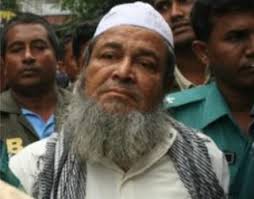 Leaders of Hefajat-e-Islam on Friday demanded a judicial investigation into ‘torture’ on its general secretary Junaid Babunagri and
punishment of those responsible for it. Condemning the killing of Hefajat activists during their May 5 programme in the capital, they also demanded unconditional release of
their arrested leaders and activists.
The Hefajat leaders came up with the demands while addressing a rally at Banadar Bazar Paper Point in the city.
Sylhet unit city Hefajat president Mawlana Shahinur Pasha Chowdhury, general secretary Mufti Fazlul Haque Jalalabadi, vice president
Maulana Nasir Uddin, among others, addressed the rally.
Earlier, they brought out a procession from Bandar Bazar Jam-e-Mosque after jum’a prayers and paraded different city streets.
They said implicating Babunagri, an eminent Islamic scholar, in ‘false’ cases, the government put him under a police remand and tried
to kill him.
He is now undergoing treatment at Birdem Hospital in a critical condition, the Hefajat leaders said, warning that the government will
have to shoulder the responsibility if anything happens to him.
The Hefajat leaders alleged that killings and filing of cases would not deter them from realising their 13-point demand and they would
declare a tougher programme if their demands go unheeded.
(UNB, Sylhet)