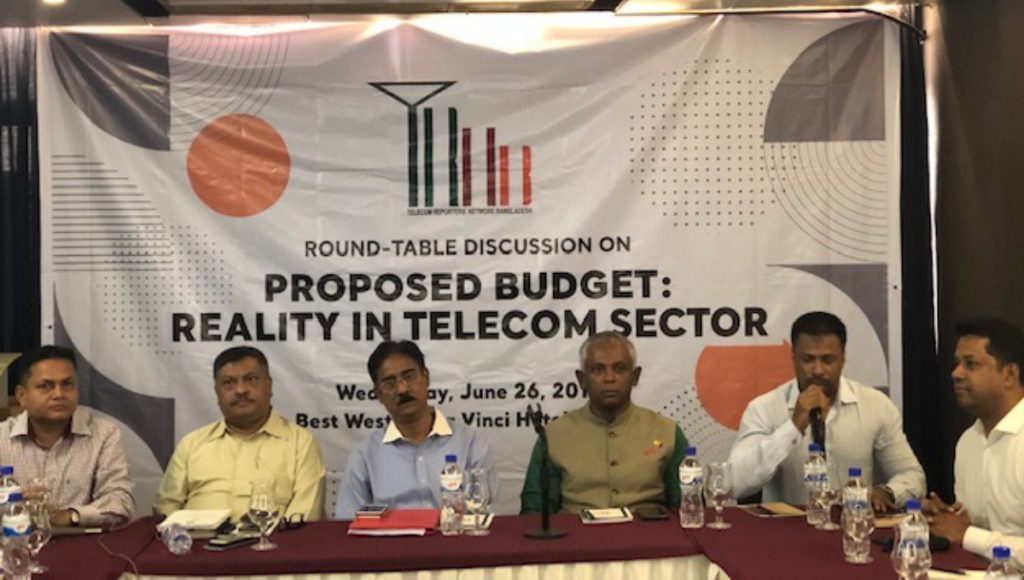 Dhaka, June 26 (UNB) – High taxes and duties proposed in the national budget for 2019-20 fiscal year on the telecom sector will impede its growth, said insiders on Wednesday.

They made the remarks at a roundtable discussion titled ‘Proposed Budget: Reality of Telecom Sector’ organised by Telecom Reporters Network Bangladesh (TRNB) at a city hotel.

In the new budget, supplementary duty (SD) on mobile usage and SIM tax have been doubled from 5 percent to 10 percent and from Tk 100 to Tk 200 respectively.

Supplementary duty on smartphone import has been raised to 25 percent from 10 percent while mobile phone operators’ turnover tax to 2 percent from 0.75 percent.

Speakers feared that the mobile phone companies will incur huge losses due to the increase in taxes and duties.

They also demanded reducing the taxes and duties.