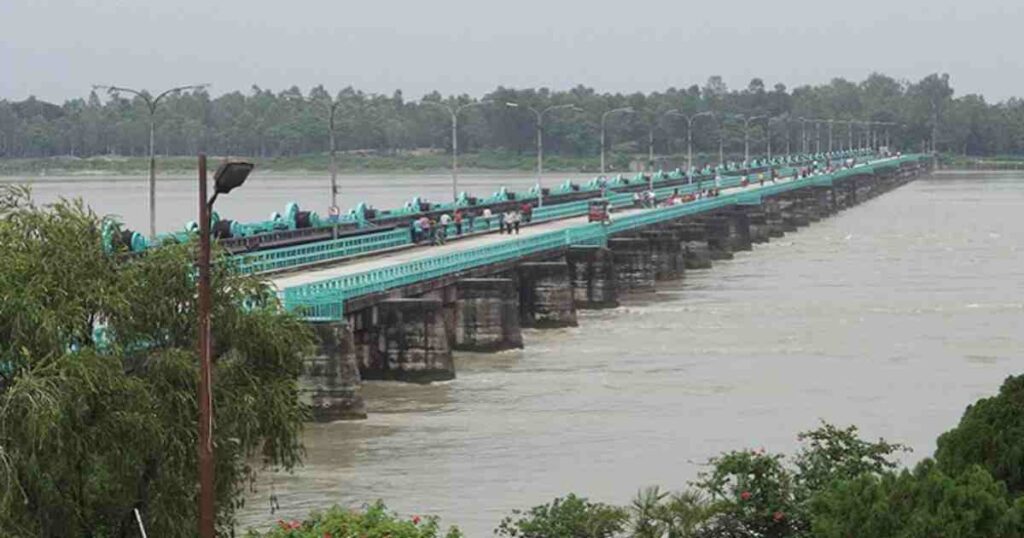 Dhaka, Sept 26: The Teesta in Bangladesh has practically turned into a dead river because of excessive siltation for being deprived of its natural flow for decades. The absence of flow causes damage to the environment and sufferings to the life of the people. Drought in the drought-prone Teesta Basin takes a devastating turn. People can cross the river on foot during the dry season. In the wet season the entire flow of the river is released through the sluice gates of the Gajal Doba Barrage in India. The river cannot carry this excess load of water due to lack of depth. As a result it causes devastating floods and bank erosions every year. Four waves of flood this year has pauperised the people living on its two banks.

Despite continuous assurances the Bangladesh part of the river continues to be deprived of water in the dry season. At upstream the flow has been diverted and channeled to the Ganges. As time passes the possibility of share of the river’s flow looks more and more remote. Against this backdrop the Power China company of the People’s Republic of China has prepared a Taka 80 billion comprehensive project demonstration not only to mitigate the annual flood and erosion damages but also to ensure the overall socio-economic development of the people of Bangladesh’s Northwestern region. The project stands for sustainable development along the 102 kilometre length of the river from the Teesta Barrage at Dalia of Nilphamari district to its outfall in the Brahmaputra via Mohipur and Kaunia. According to Bangladesh Water Development Board sources the project is likely to be implemented under a loan agreement.
The project stands for increasing the navigability of the river and recovery of 170 square kilometres of land through dredging and the establishment of satellite towns on its two banks after stabilisation of the main channel. It would provide for setting up high value added industries and agricultural development. Solar Park, schools, health complexes, mosques, and common facilities for use of the people will feature the development works. Levees on two banks of the river, roads connected to those will facilitate road transport plus creation of river transport facilities will accelerate the pace of development in the area, the project demonstration says.
Taking into account the historical revolution of the river, and after a feasibility study the project envisages the construction of 27 groyens-crossbars and 46 kilometres of levees on the right bank; 23 groyens-crossbars and 78 kilometres levees on the left bank to create the main channel at the middle of the river. The main channel will be 700 metres wide at the upper section and one kilometre wide at the lower section falling on the Brahmaputra River. Development activities are to be carried out by dividing the basin into three sections. The first section comprising a length of 39 kilometres will be from the Teesta Barrage to the Mohipur Bridge; the middle section of 24 kilometres from Mohipur Bridge to Kaunia Bridge; and the lower section covering a length of 39 kilometres from the Kaunia Bridge to the river’s outfall on the Brahmaputra River.
The International Farakka Committee (IFC) in a statement has welcomed this initiative of the government of Bangladesh. IFC leaders believe, it’s not wise continue to remain idle waiting for release of water as the process of desertification is getting from bad to worse in the northwestern region of Bangladesh. This project is no substitute for ensuring the natural flow of the river to keep it alive, yet the move to mitigate the annual flood and bank erosion damages and ensure improvement of the quality of life of the people of the region through integrated development activities are expected to meet with success. When the compulsion of restoring the natural flow of the river will arise at upstream due to the law of nature, the Bangladesh part of the Teesta will have a new lease of life.
IFC leaders say, the overall development of the Northwestern region of Bangladesh will be complete if the present project is expanded to include the old and original Teesta Basin covering The Atrai, The Korotoa and The Punarbhaba rivers. If this is done the command area of the project will cover 28 thousand square kilometres as against the present four thousand square kilometres. The huge Chalan Beel can be used to retain water and facilitate fish and duck farming in the wet season and irrigation in the dry season. If the rivers get beck their navigability, cheap water communication will promote the development of industries including agro-based industries. Attractive river-based tourist facilities will develop. The groundwater level in the region will go up and help keep all tubewells operational throughout the year.
IFC leaders urge the government to approve and implement the present Teesta Project and at the same time include the original Teesta Basin under its coverage to ensure overall development of the Northwestern region of the country.
The statement has been signed by IFC New York chairman Atiqur Rahman Salu, secretary general Sayed Tipu Sultan, IFC Bangladesh president Prof. Jasim Uddin Ahmad, senior vice-president Dr. S.I. Khan and IFC coordinator Mostafa Kamal Majumder.