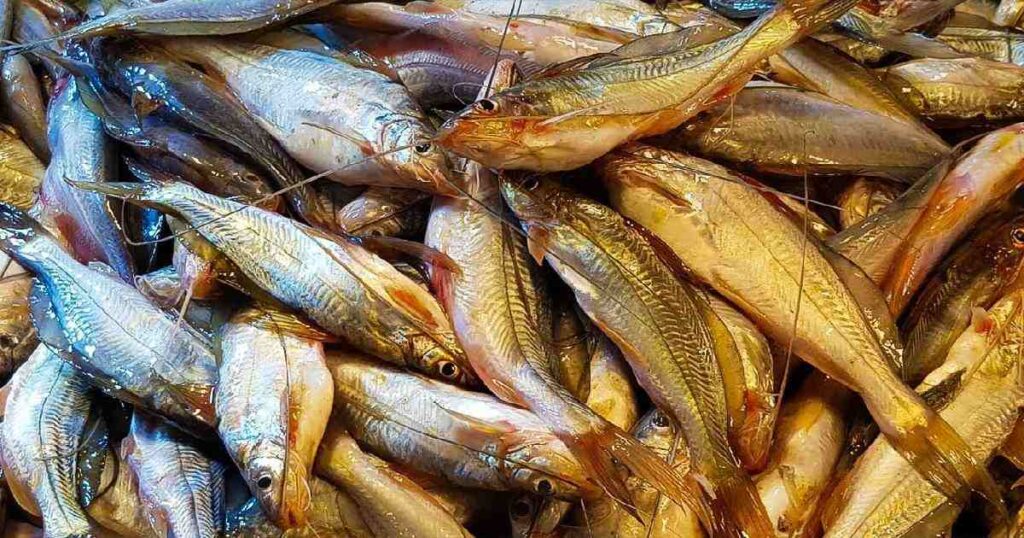 Fish farmers and importantly the Fisheries Department of Jashore district are calling for a ban on importing fish from India, at a time when the country’s fish imports from India have doubled through Benapole port.

Due to low prices, Indian rui, or rohu fish has witnessed a jump in imports.But fish farmers in the district are adamant that there is no need to import fish from India, at a time when the country is not only self-sufficient with the amount of fish it produces, but also exporting more and more.

Due to corona restriction, fish was not exported from Bangladesh from April-June. Over 2 lakh kg fish was exported in July. The value of which is $518,000.

There is high demand for pabda in India, covering nearly 40 percent of fish exported to the country. Pabda is mostly produced in Jashore district.

Abul Hasan said the fish being imported from India are now being farmed extensively locally. “There is no need to import these fishes from India. If imports were stopped, the farmers of the country would benefit immensely,” he said.

After meeting the local demand, the surplus fish is sold in other parts of the country and exported to India.Abdul Quddus, a fish exporter from Sharsha upazila, said, “There is a huge demand for pabda and carp in India. We usually export Pabda, Tengra and other freshwater fish.”

Shafiqul Islam, an agriculturist, said, “We collect pollen from natural sources. After nursing the pollen through the tank and storing it in the pond, different species of fish are produced. We export these fish to the local market as well as abroad.”

Jashore District Fisheries Officer Anisur Rahman said Rui-Katla fish was being imported from India due to low prices. Rui fish from Bangladesh however is said to taste much better than the imported variety.

“There is no need to import fish from India,” he said, reiterating the point made by Sharsha Upazila Fisheries Officer Abul Hasan. “If imports were stopped, the farmers of our country would have benefited.”