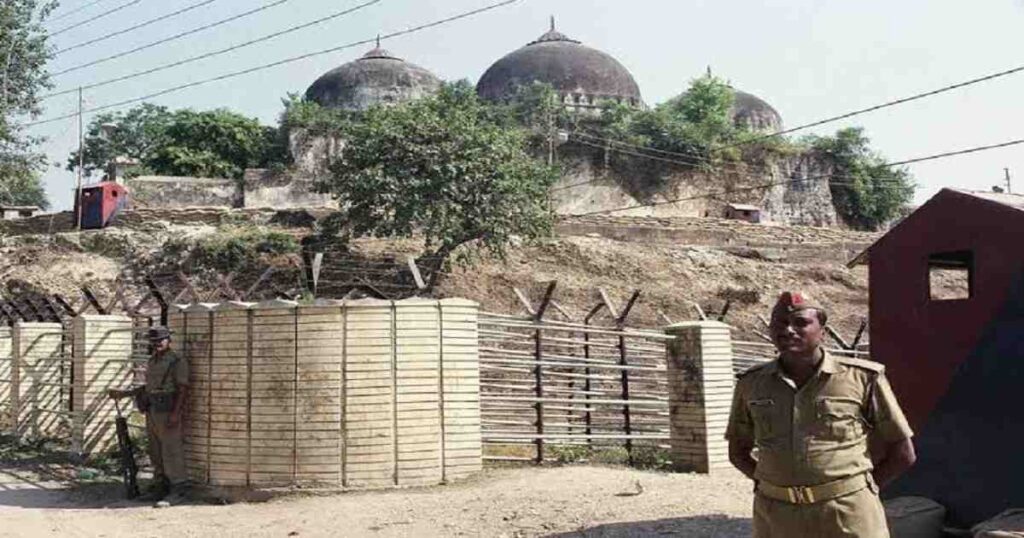 A special Indian court on Wednesday acquitted all the 32 people linked to the country’s ruling Bharatiya Janata Party (BJP) in a 28-year-old case on the demolition of a historic mosque in the northern state of Uttar Pradesh.

Among those acquitted by the special court of India’s premier probe agency were former deputy prime minister LK Advani and former ministers, Murli Manohar Joshi and Uma Bharti. They were accused of inciting right-wing Hindu mobs to raze the 16th century Babri mosque in the town of Ayodhya in Uttar Pradesh in 1992.

“All the accused stand acquitted. There’s no evidence to suggest that the accused conspired in razing the mosque,” special judge SK Yadav said, while reading out the operative part of the 2,000-page judgment. “Anti-social elements brought down the structure. The accused had even tried to stop them,” he said on his last day in office.

The historic mosque was demolished by Hindu mobs on December 6, 1992, on the belief that it was built on the ruins of an ancient temple. The demolition had sparked religious riots across India that claimed the lives of at least 2,000 people, mostly minority Muslims.

India’s Central Bureau of Investigation (CBI) and an independent commission set up by then Congress government had initially charged 49 people linked to BJP for the demolition of the mosque. However, 17 of them, including former Prime Minister Atal Behari Vajpayee, died during the trial.

In a statement, Advani, now 92, said, “The judgment vindicates my personal and the BJP’s belief and commitment towards the temple movement.” Advani, who took out chariot yatras in the months building up to the demolition, had earlier called the incident “a terrible mistake”, during his interviews with the media.

Given their age, Advani and his former Cabinet colleague Joshi (86) could not attend the legal proceedings in person on Wednesday and instead connected with the court through video-conferencing. Bharti, on the other hand, is undergoing treatment for Covid at a hospital.

The All India Muslim Personal Law Board, which claimed to be representatives of the country’s estimated 200 million Muslim minority, has said that it will soon filed an appeal against the special court’s decision in higher judiciary. “We will definitely appeal against the judgment,” said a member of the board.

Last year, the country’s Supreme Court had handed over the disputed mosque site to the majority Hindus, putting an end to the decades-old legal battle over the ownership. A month back, Indian Prime Minister Narendra Modi had laid the foundation stone for a Hindu temple at the site, a pre-poll commitment of his party.