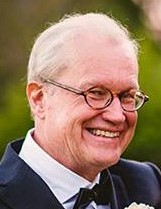 By Jan Lundius
STOCKHOLM / ROME, Mar 16 2021 (IPS) – Inequality characterizes the world we live in, predisposing how we act and think. We perceive our existence as composed of dichotomies – men and women, young and old, black or white, as well as a difference between those who have and those who do not have access to wealth, health, education and influence. Dichotomies are also born out of comparisons, about how things are now and how they could have been, how they were before and how they are now.COVID-19 is on the mind of a majority of the world’s population and as in everything else what is happening to us it is influenced by inequalities. Many are exhausted from isolation and worries: personal and economic losses mingle with ignorance about what COVID-19 really is and how it will develop. Among the many factors governing decisions concerning the pandemic are preconceived differences between nations and age groups.