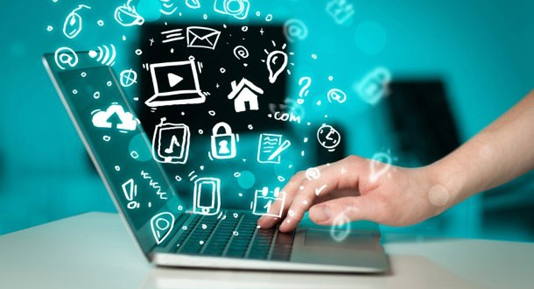 By Michael De Dora
WASHINGTON, Apr 30 2021 (IPS) – When Myanmar’s military seized power from the elected government in February, one of its first actions was to further squeeze the already restricted free flow of information in the country. It obstructed news stations, temporarily shuttered phone and internet access, and blocked social media platforms. Since then, things have only worsened, with dozens of journalists behind bars, news organizations charged with crimes, and military officials stating the shutdown will not be lifted anytime soon.
The result? At a time when it’s been desperately needed, independent information has been impossible to either publish or access. As the country experienced a rapid, unexpected shift in power, the majority of its citizens—and by consequence, the world—have been left in the dark about the details.
The internet shutdown in Myanmar should be an example of what a government should never do. And yet is an example of what governments are doing—with disturbing frequency around the world.
All told, there have been more than 500 internet shutdowns across dozens of countries over the last three years.
As the Committee to Protect Journalists (CPJ) has documented, these shutdowns have serious consequences for press freedom. They leave journalists struggling to do their job effectively. Turning off or limiting access to the internet means that media workers are unable to contact sources, fact check data, file stories, or publish news to the online platforms they depend on for dispersal.
Internet shutdowns also leave the public deprived of the ability to access reliable information on what is happening in their community and their country—or even to phone their neighbour. If the press can’t publish, the public can’t read. It’s that simple.
And these shutdowns are not limited to autocracies or dictatorships. They’re happening in democracies, too.
Consider: in August 2019, millions of people living in Jammu and Kashmir awoke as news broke that the Indian government was planning to revoke a constitutional provision that granted the contested region’s governing autonomy and change it from a state to a union territory, essentially bringing it under federal control.
Except they couldn’t call their neighbours or read the news, because the Indian government had imposed an internet shutdown and communications blackout. This blackout extended well into 2020.
The situations in Jammu and Kashmir, and now Myanmar, are the tip of a largely unnoticed iceberg. In Uganda, the government suspended internet access during its January 2021 elections. In Belarus, authorities blocked local news websites amid protests in September 2020. In Ethiopia, also in response to protests, officials shut down the internet across the country (on the same day, police raided a news organization and detained journalists). In Iran, the government cut internet access for at least several days after protests broke out. In Indonesia, in response to civil unrest, authorities temporarily blocked the internet.
Why do governments engage in such behaviour? For many reasons, but chief among them: to protect their power.
It is no coincidence that shutdowns are more likely to happen during times of conflict or unrest, or during an election period. When governments feel their power threatened, those in charge naturally rush to protect it. And the perception throughout history is that keeping a firm grip on what citizens can hear and see will aid authorities in maintaining control.
That explains why, amid the COVID-19 pandemic, government attempts to shutter internet access became an acute problem. Governments, particularly authoritarian regimes, sought to control the narrative about the scale of the outbreak or the quality of its response.
Unfortunately, when paired with a public health crisis, internet shutdowns can have deadly consequences—keeping from people the information they need to keep themselves and their families safe.
The widespread impact and apparent uptick in internet shutdowns have forced news outlets and journalists to get creative in order to continue to perform their duties.
It’s also forced civil society to become more proactive. Organizations are joining together to urge governments to keep the internet on ahead of elections and crises, and providing advice and assistance to journalists operating in suffocating environments.
Governments committed to defending human rights and democracy must now follow suit.
These shutdowns violate foundational rights protected by both state constitutions and international treaties. Freedom of religion, belief, opinion, and expression depend on the ability to read, publish, and exchange information and ideas.
But they’re also counter-productive. In times of unrest and upheaval, it may appear that keeping the masses in the dark is an agent of stabilization. In reality, it’s the opposite. It shows people that those in charge consider their power so weak that it cannot withstand discussion or scrutiny. And it puts on display for the world a government’s true colours—isolating it while also creating new reasons for the global community to apply pressure.
Internet shutdowns don’t stabilize societies. They crack open the facade of a government’s authority. If governments are looking to secure their countries in times of trouble, turning the lights off is not the answer. Instead, they should ensure the free flow of information. There’s no more stable foundation for a country than trust in government, and one way to achieve that is by protecting human rights for all.
The writer is CPJ Washington Advocacy Manager
3 May is World Press Freedom Day. This is part of a series of IPS features and opinion editorials focused on media freedom globally. 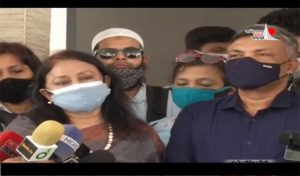