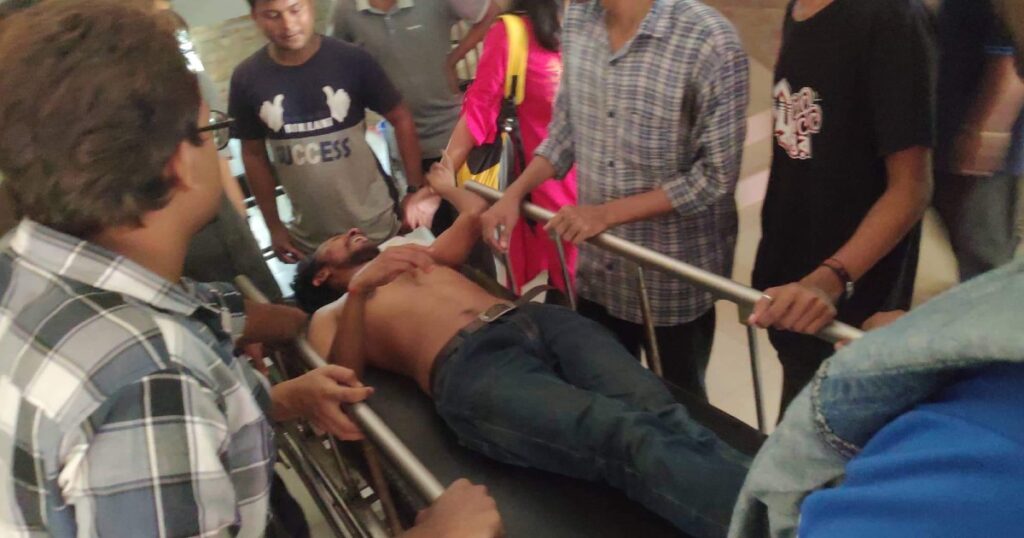 The female and male students of different dormitories have been asked to vacate their dormitories by 4 pm today, said Rahima Kaniz, acting registrar of the university.

Earlier in the day, an unspecified number of students and teachers were injured in a clash between protesting students of Jahangirnagar University (JU) and ‘VC-backed teachers and Chhatra League men’.

The protesting teachers and students of JU laid a siege to the residence of Vice-chancellor Prof DrFarzana Islam on Monday evening, demanding her removal on corruption charges.

Witnesses said the VC- backed teachers and BCL men started beating the protesters indiscriminately after they had rejected to move away from the VC’s residence around 12 pm.

The protesters under the banner of ‘JahangirnagarAgainst Corruption’ brought a procession from the old academic building on the campus and marched towards the VC’s residence and took position in front of it around 7:30pm on Monday.

Speaking on the occasion, President of JU unit SamajtantrikChhatra Front Mahathir Muhammad said they gave the VC much time to step aside but she did not pay any heed to this. “Instead, she has lodged a false case against the protesting students to thwart the movement.”

The agitating teachers and students said they will not leave the place until the removal of the ‘controversial’ VC.

Earlier on Sunday night, the protesting teachers held a meeting with Education Minister DrDipuvMoni to resolve the crisis. However, the meeting ended inconclusively.

The students started the protests in August, demanding a judicial inquiry into the reported involvement of the vice-chancellor in corruption and mismanagement of Tk 1,445-crore campus development project.

Allegations have it that the VC managed the Bangladesh Chhatra League (BCL) JU unit leaders with Tk 1.6 crore from the development fund.