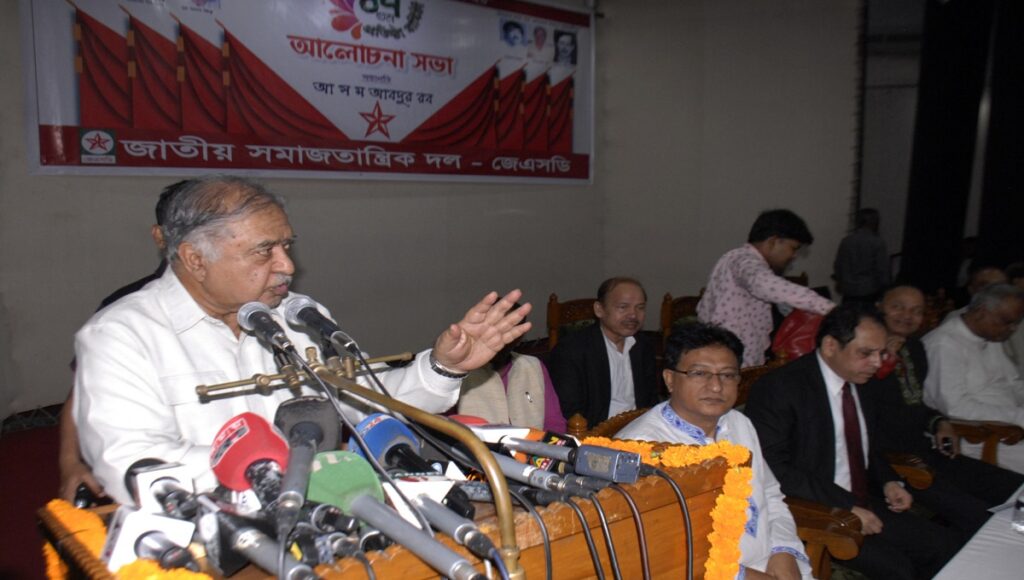 Dhaka, Oct 31 (UNB) – Jatiya Oikyafront Convener Dr Kamal Hossain on Thursday urged all to launch a united and positive movement to materialise the dreams of martyrs who laid down their lives for establishing democracy, the rule of law and make people the country’s owners.

“Our country was liberated at the cost of blood of lakhs of people. The martyrs sacrificed their lives with the dreams of making people owners of the country, establishing the rule of law and democracy. The dreams of the martyrs are written in our constitution,” he said.

Speaking at a discussion, Kamal further said, “We established an independent sovereign Bangladesh through an outstanding unity in 1971…we must do some more things to make the independence meaningful. Before the completion of 50 years of the independence, let’s get organised to gain power through a movement. Our movement will be a positive one with an objective to materialise the dreams of martyrs.”

Once people had waged a united movement, he said no one can stop it and foil it applying any force. “From my experience, I can say if we get united, we’ll be able to make our independence meaningful by resorting people’s ownership of the country. So, let’s spread to every locality and villages to organise people, and then we’ll be able reach our desired goal.

Kamal, also the President of Gonoforum, said they have already gained huge strength by uniting people over some basic issues. “When people get united, no force can suppress them with guns and cannons.”

Speaking at the programme, BNP secretary general Mirza Fakhrul Islam Alamgir said the political parties must remain united to save the country from the grasp of the current government. “Ousting the current regime is most important to us, and there’s no alternative to unity among us to make it happen.”

He also said their party wants to move ahead together with people to restore democracy in the country by defeating the current ‘monstrous government’.

Fakhrul said the entire nation, not only BNP, Gonoforum and other parties, is now in a crisis due to the ‘misrule’ of the government.

“We waged the Liberation War in 1971 to live in democratic and independent Bangladesh. We’d a dream to build a prosperous Bangladesh, and ensure welfare of its citizens. It’s been almost 50 years of the independence, but we couldn’t yet build that Bangladesh,” he said.

The BNP leader alleged that the current government has destroyed democracy, the main spirit of the Liberation War, and snatched people’s all rights, including voting one. “They’re destroying the dissenting opinions to hang onto power by restoring one-party rule.”

He said though their party chairperson Khaleda Zia is seriously sick, the director of Bangabandhu Sheik Mujib Medical Universality made a statement to hide her real condition.

“I can challenge she (Khaleda) is so sick that she cannot stand up and move, and she’d unable to eat by herself. They’re saying her condition is stable as their motive is to push her towards death.”