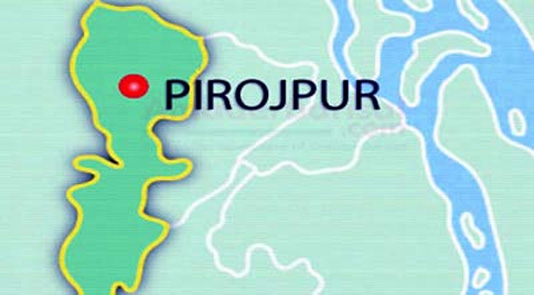 A local court here has awarded death sentence to a man for abducting and killing a college girl in Nesarabad Upazila of the district in 2009 yesterday.
District judge of Women and Children Repression Prevention Tribunal Md Mijanur Rahman handed down the verdict to convict Liton Mondol, 34, a
resident of Atghar village in the Upazila. The convict was tried in absentia.
According to the prosecution, convict Liton Mondol in May, 2009 abducted college girl Jharna Rani Dewdi, who was an inhabitant of Andhermanik village under Kachua Upazila in Bagerhat district, from Koirikhara area and killed her at an unknown spot.
On May 17, police recovered her floating body from the River Shondha in Barisal district.
Following the murder, Jharna’s father Shuvash Chandra filed an abduction and murder case against four to five unidentified people including Liton.
Police submitted the charge sheet on May 1 in 2011.
Testifying witnesses and evidences the court delivered the verdict , reports BSS, Pirojpur.