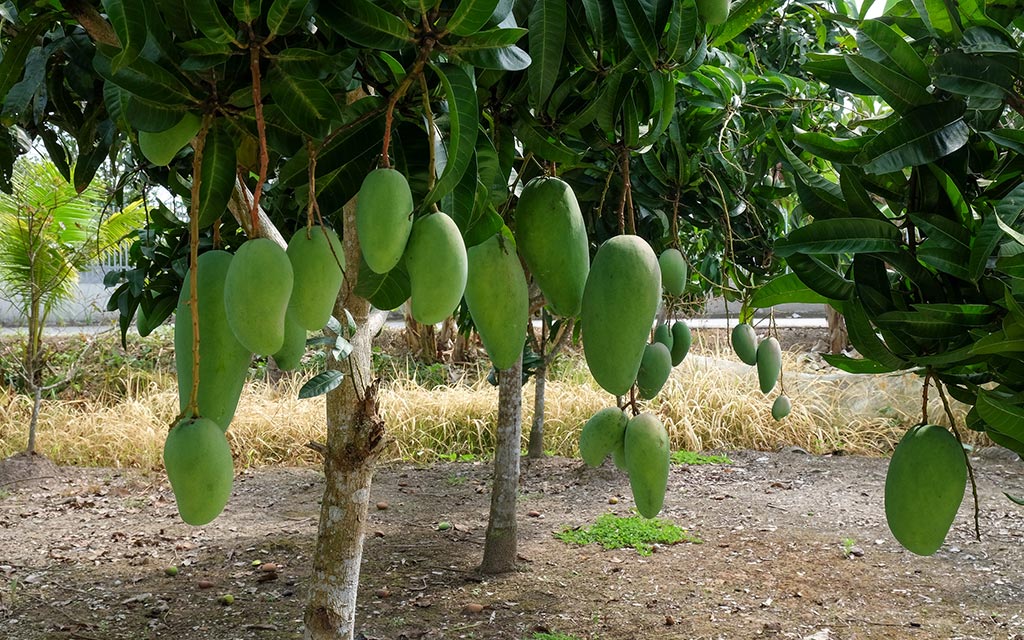 Chapainawabganj, Apr 27 :  Mango, the king of all fruits that prompted many poets over the ages to write great poems, is likely to be costlier this summer as drought is going to take its toll on its yield in Chapainawabganj.Immature mangoes are falling off trees across the district due to prolonged drought even though the farmers have been trying to control the damage by spraying water on mango trees.
According to farmers, mangoes are grown prematurely for lack of water in Chapainawabganj, the leading producer of the popular fruit.
They said severe moisture stress has affected most orchards in the district affecting the quality and yield of the juicy fruit this season.
While talking to UNB, the farmers are estimating that the yield could be much lower than the average due to scanty rainfall.
The March-April period is the peak time when the fruit grows out from buds to a sizable shape before ripening, but this year the country is witnessing lower rainfall everywhere, they said.
Azizul, a local mango farmer, said, “Despite massive sprouting in the very beginning of the season, mangoes are dropping from trees almost every day. We’ll suffer huge losses this year if the weather remains unchanged.”
“I’m upset. Even last year we didn’t get a fair price for our mangoes due to the pandemic,” he added.
The mango growers fear that they will not be able to meet the production target of 1.50 lakh metric tons from around 33,035 hectares of land this time for lack of rainfall.
Aminul, another farmer of the area, shared his part of the sad story saying, “I took a loan from a bank expecting a bumper yield. But things are not going well… mangoes are falling off the trees every day. I don’t know how I’ll pay back my loan, let alone making a profit,” he said.
Nazrul Islam, deputy director of the Department of Agricultural Extension (DAE), said “There was no rain in the district for over six months.”
As a result, he said, fruit-fall continues as the buds are getting dried for lack of water.
However, farmers have been advised to irrigate the roots of trees as much as possible, he added.
Mangoes are the main cash crop of the district, known as “mango capital”.
Hundreds of delicious varieties of the juicy fruit, including Gopalbhog, Khirsapat, Langra and Fazli, are produced in orchards stretched from Chapainawabganj Sadar to Sonamasjid, Nazrul Islam said, reports UNB.