Jan 8: After a four-day suspension, traffic through Meghna and Meghna-Gomati bridges on Dhaka-Chittagong highway resumed Tuesday morning as first phase renovation of the bridges are complete.

But all heavy vehicles will remain closed till 12:00am on January 13 on the two bridges for further repair work.
The roads and highways authorities imposed a ban on the movement of all kinds of vehicles on the Meghna and Meghna-Gomati Bridge from January 4 for permanent repairing. The renovation work have completed around 10:00am on Monday.
Later, the bridges have been opened for traffic on Tuesday morning.
Besides, the renovation work will be conducted in the two bridges for six days each in February and March, said sources concerned.
Moynamoti highway police outpost In-Charge Moshur Rahman said, “Vehicles are being allowed to ply through the two bridges from 5:00am on Tuesday. No traffic jam remains on the highway.” 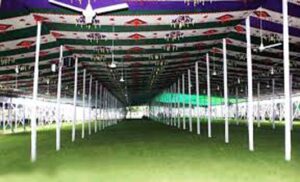 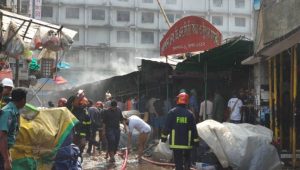