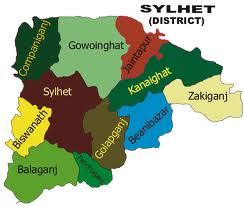 A minor boy who had gone missing four days back was found dead in Jhornarpar area of the city on Saturday night.
The deceased was identified as Abu Sayed, 9, son of Matin Miah, a resident of Rainagar area of the city and a class four student of Shahi Eidgah Hazrat Shahi Mir Government Primary School.Police said Sayed went missing on Wednesday while going to school in the morning.A general was filed with Kotwali Police Station in this connection.
Later some miscreants admitted to have abducted Sayed to his family over mobile phone and demanded Tk 5 lakh as ransom for his release.Later, his decomposed body was found in a sack in no. 37 house of the area on Saturday night.Police said the kidnappers might have strangled the boy on Thursday night.Police arrested three people including a police constable in this connection.The arrestees were identified as Ebadur Rahman, constable of Airport Police Station, Abdur Rakib and Geda Miah, a Rab source.ADC Rahmat Ullah of Sylhet Metropolitan Police confirmed the incident. -UNB, Sylhet