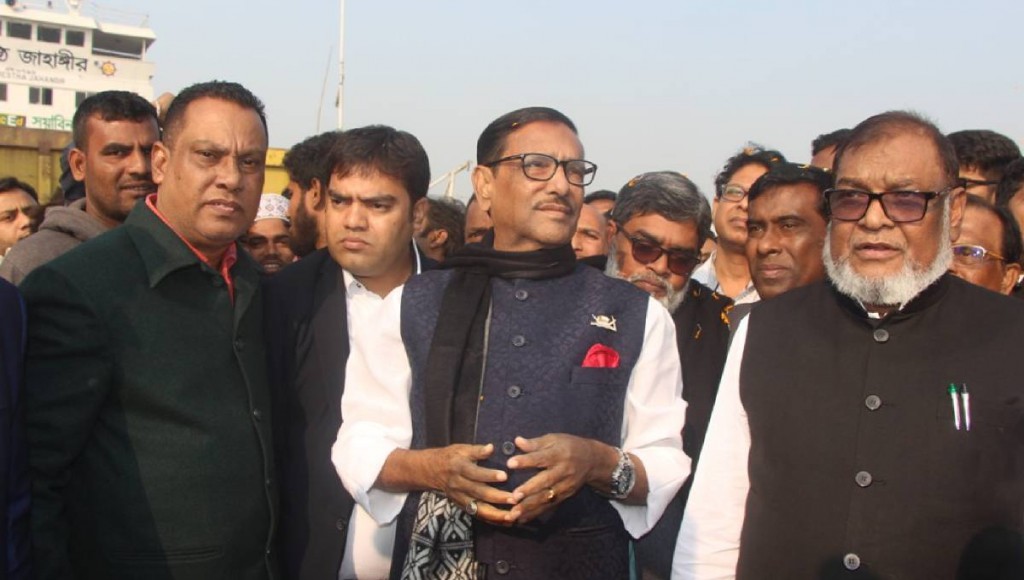 Road, Transport and Bridges Minister Obaidul Quader on Wednesday said Indian Prime Minister Narendra Modi will attend the ‘Mujib Borsho’ programme as a representative of India for its great contribution in the Liberation War.

Quader, also general secretary of the ruling Awami League, made the comment referring to BNP’s objection over Modi’s scheduled visit for the inaugural ceremony of ‘Mujib Borsho’, the birth centenary celebration of Father of the Nation Bangabandhu Sheikh Mujibur Rahman.

He was attending a book distribution programme for member collection of the ruling party at the Awami League chief’s political office in Dhanmondi.

“India must participate in the ‘Mujib Borsho’ programme because of its great contribution in the Liberation War,” he said, adding: “Narendra Modi will attend the function as a representative of India.”

In 1971, millions of Bangladeshis fled to India. The Indira Gandhi-led government provided shelter to the people and supported Bangalis’ struggle for freedom.

Meanwhile, BNP questioned Modi’s visit against the backdrop of the recent riots in New Delhi over the country’s disputed new citizenship law that had claimed dozens of lives.

The new citizenship law fast-tracked naturalisation for non-Muslim migrants from neighbouring Pakistan, Bangladesh and Afghanistan who are living in the country illegally, reports AP.

“The people is the only source of power and India is our friend; there’s nothing about slavery in it,” Quader said.

But BNP is ready to be slave for gaining power because BNP representatives were the first visitors of Indian Embassy when Narendra Modi was elected, he said.