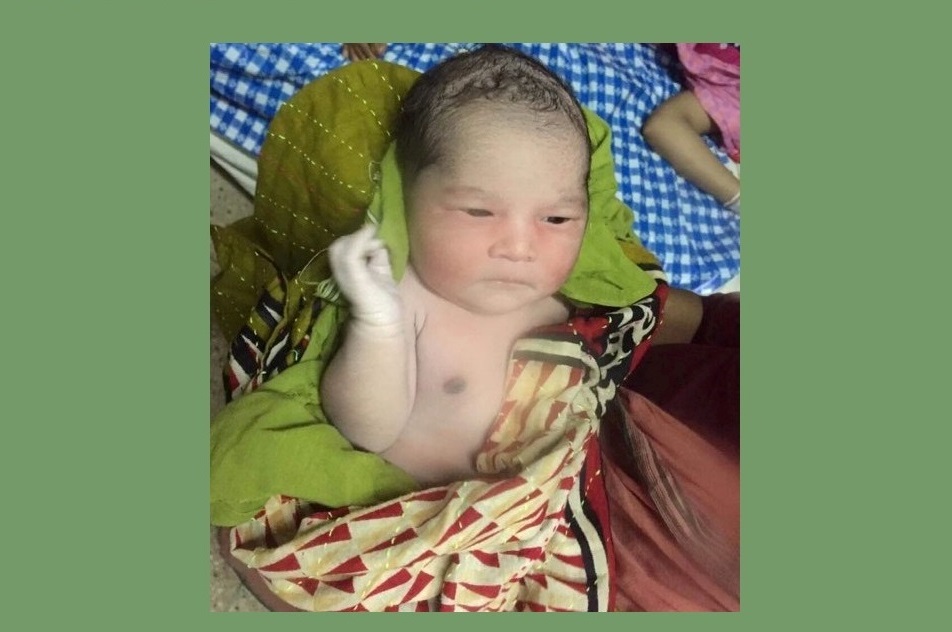 Feni, Oct 30 – After the speedy trial of Madrasah student Nusrat Jahan Rafi’s murder case, the fate of the newborn daughter of one of the 16 individuals convicted of the crime fell into uncertainty as her mother, Kamrun Nahar Moni, was also sentenced to death.

Moni gave birth to a baby girl who was later named Rakhi on September 21. Both mother and child were confined to Feni District Jail awaiting verdict. She was present on the dock along with the newborn on October 24 while the tribunal delivered the verdict.

Alongside 15 other accused, Moni too was sentenced to death for her involvement in the murder of her classmate Nusrat Jahan Rafi. What will happen to her child is still undecided as there were no directions from the administration.

Senior Superintendent of Feni District Jail Rafikul Kader said, “The convicted accused in the Nusrat murder case in Feni District Jail will be transferred to Cumilla Jail if a vacant spot is found. If there is no vacant spot, they will be transferred to condemned cells in Kashimpur and other central jails. In that case Kamrun Nahar Moni will also have to take her child.”

However, the lawyer of the convicted in the case, Gias Uddin Nannu said, Moni will not be executed as long as the child cannot feed itself.

“We will appeal to the High Court very soon,” he added.

Rashed Khan Raju, the husband of Moni, said Police Bureau of Investigation forced a false confession from her in custody through torture.

Although Moni’s lawyer applied for bail due to her physical condition, the court denied it every time. Later, she was exempted from appearing in court.

Nusrat, a student of Sonagazi Islamia Madrasah, was set on fire on April 6 on the roof of the madrasah she attended, allegedly by people loyal to Principal Sirajuddoula whom she had accused of sexually harassing her.

She succumbed to her injuries four days later at Dhaka Medical College Hospital.

A case was filed at Sonagazi Police Station on April 8. Police pressed charges in court against 16 people on May 29.

Twelve of the accused reportedly confessed to their involvement in the killing of Nusrat.

Although they were all determined to have played roles of varying importance, District Women and Children Repression Prevention Tribunal sentenced all the 16 to death for their roles in killing Nusrat on October 24.

Moni, a distant relative of another of the convicted killers Shamim, bought a burqa and a pair of gloves for Tk 2,000, for use during the murder. She is accused of taking part in the murder directly, by pushing Nusrat and pressing her to the floor.

Tribunal Judge Mamunur Rashid handed down the verdict ending the trial in 62 workdays.