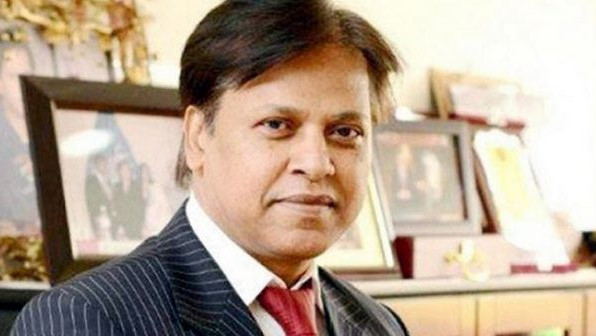 Dhaka, Feb 22 – The parliamentary constituency (Laxmipur-2) of Mohammad Shahid Islam alias Kazi Papul has been declared vacant after the independent parliamentarian was sentenced by a Kuwaiti court for criminal offense involving moral turpitude. The Parliament Secretariat on Monday issued a gazette notification declaring that the Laxmipur-2 constituency (Parliamentary Seat-275) fell vacant on January 28, 2021, the date of the court’s sentence.
According to the gazette, Papul is ineligible to remain an MP under Article 66 (2) (Gha) of the Constitution as he was sentenced by the Kuwaiti criminal court to four-year rigorous imprisonment on January 28.
His seat has remained vacant since the date of the court’s sentence according to Article 67 (1) (Gha) of the Constitution, said the gazette signed by Senior Secretary of the Parliament Secretariat Dr Zafar Ahmed Khan.
MP Papul is currently in Kuwait jail after he was arrested there in June last on charges of human trafficking, residency visa trading and money laundering.
On January 28 last, the Kuwaiti court sentenced Papul and four others to four years in jail and fined 1.9 million Kuwaiti dinars in a bribery case.
He is also an accused in two other cases on charges of human trafficking and money laundering in Kuwait. The trials of the two cases continue.
Papul’s wife Salina Islam is also an independent MP from the reserved seats.
In Bangladesh, Anti-Corruption Commission in November filed a case against four people, including Papul and his wife Salina, on charges of money laundering and amassing illegal wealth.
The couple’s daughter Wafa Islam and Papul’s sister-in-law Jesmin Akther were also accused of illegal transaction of Tk 148 crore and concealing information about properties worth around Tk 2.31 crore.