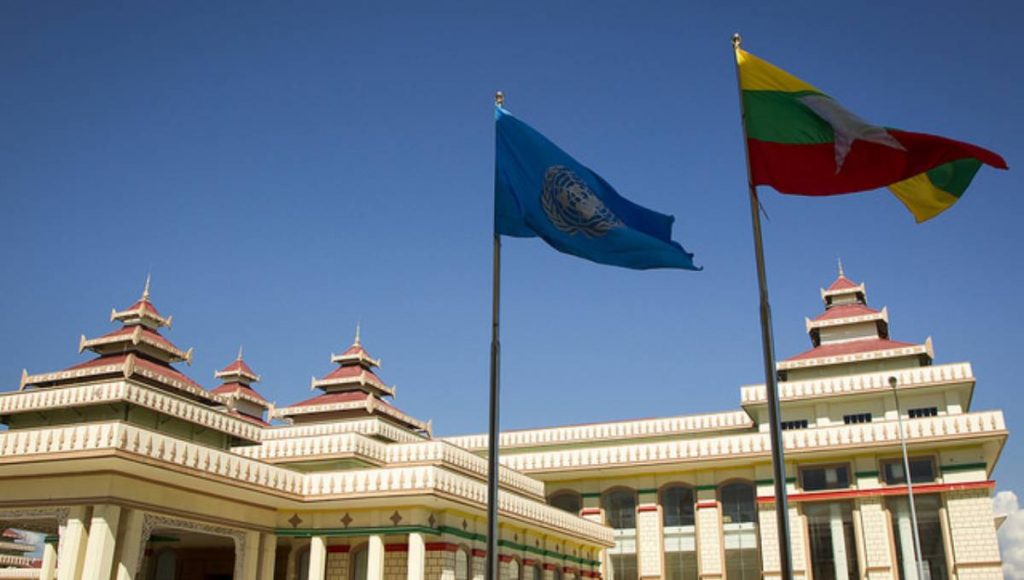 Dhaka, May 10 (UNB) – The UN human rights body has called on the government of Myanmar to immediately grant humanitarian access to all conflict zones, including northern Rakhine State where restrictions on humanitarian access is exacerbating the suffering of civilians.

“Continued human rights violations, collective punishment and impunity will only fuel the conflict between the Tatmadaw and the Arakan Army,” said Rupert Colville, Spokesperson for the UN High Commissioner for Human Rights, in Geneva on Friday.

“Peace is grounded in justice and without it no progress can be made,” said the Spokesperson mentioning that they are deeply concerned about possibly 40 to 50 ethnic Rakhine boys and men who reportedly remain detained since 30 April in a school in Kyauk Tan village, Rathedaung township in northern Rakhine State, where six detainees were killed on May 2 by the Myanmar Army.

Colville said they are deeply concerned about the extrajudicial executions, arbitrary and incommunicado detention, mistreatment, protracted use of a school for military purposes, and what appears to be punishment of a large group of villagers for the violent acts perpetrated by an armed group.

“We’re also concerned at the announcement that the episode will be investigated by the military,” said the Spokesperson.

The Office of the High Commissioner of UN Human Rights has repeatedly observed that investigations by the Tatmadaw serve only to whitewash their crimes. “We echo calls for a credible, impartial and independent investigation into the incident in Kyauktan, which should be investigated along with the incident in Mrauk-U.”

The Office of the Commander-in-Chief in Myanmar reported on May 2 that the Tatmadaw, Myanmar’s Army, had opened fire on 275 men and boys who were temporarily detained in a village school, killing six and wounding eight.

According to the Tatmadaw, soldiers opened fire when the group tried to seize their guns, but other sources dispute this account.

They say the Tatmadaw opened fire indiscriminately after one of the detainees tried to escape. The army says it has launched an investigation into the incident.

After the shooting, the bodies of the six men were reportedly laid out in full view of the village which, as of yesterday, remained surrounded by military and was said to be running out of food.

The men and boys are believed to have been detained following attacks by an armed group, the Arakan Army, on two Tatmadaw bases on April 9.

According to information received by the UN Human Rights Office, the Tatmadaw surrounded Kyauk Tan village on April 30, and called on all males over 15 years of age to report to the local school.

Those over the age of 60 were released, while the others were reportedly mistreated and detained, including sleep deprivation and the denial of food.

Since May 2, most of the boys and men have been released in groups, apparently after being interrogated.

However, up to 50 remain in incommunicado detention without access to lawyers, doctors or any other form of protection. They are reliant on family members for food.

Colville said while the imposition of severe restrictions on access by media, and many international actors, to conflict areas in Rakhine makes independent verification extremely challenging, reports suggest that six men confessed to having links with the Arakan Army and were blindfolded and taken on Tuesday night to a navy vessel.

“This is not an isolated incident. On April 22, three ethnic Rakhine men who were among 27 arrested in Mrauk-U, also following the April 9 Arakan Army attack, were shot dead in detention,” he said.

The authorities have refuted allegations that they were shot but the bodies were cremated shortly after their deaths and before their families were notified, said Colville.