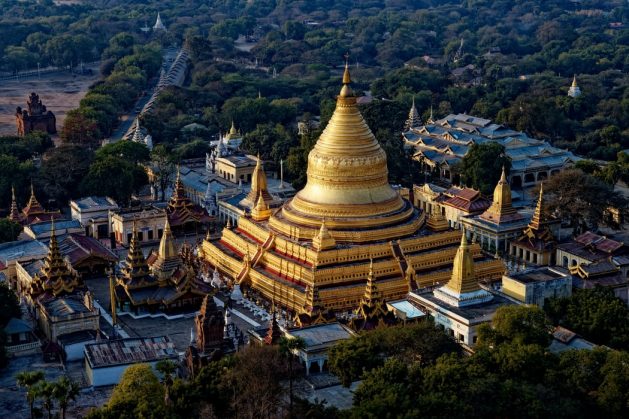 by Nalisha Adams
BONN, Germany, Feb 1 2021 (IPS) – Responding to reports this morning that Myanmar’s military has seized control of government in a coup on the eve of the country’s opening session of its new parliament, rights group Amnesty International said it “sends a chilling message that the military authorities will not tolerate any dissent amid today’s unfolding events”.Civilian leader Aung San Suu Kyi, senior members of her governing National League for Democracy (NLD) as well as human rights activists and student leaders were reportedly detained this morning, Feb. 1. The BBC reported military “was handing power to commander-in-chief Min Aung Hlaing because of “election fraud”” and that soldiers were “on the streets of the capital, Nay Pyi Taw, and the main city, Yangon”.
Amnesty International said in a statement today that phone lines and the internet have been cut in some areas, further stating, “the military-owned television station announced that a one-year state of emergency was being imposed under the authority of the Commander in Chief, Senior General Min Aung Hlaing”.
The President of the European Council Charles Michel condemned the coup in a tweet this morning.
A statement from White House spokesperson Jen Psaki read the United States was alarmed by the reports of the coup and subsequent arrest of Suu Kyi and civilian officials. “The United States opposes any attempt to alter the outcome of recent elections or impede Myanmar’s democratic transition, and will take action against those responsible if these steps are not reversed,” the statement read.
United Nations Secretary-General António Guterres also condemned the coup and called for Suu Kyi’s release as well as that of other leaders and government officials.
Guterres expressed “grave concern regarding the declaration of the transfer of all legislative, executive and judicial powers to the military. These developments represent a serious blow to democratic reforms in Myanmar”, a statement said.
Myanmar’s Nov. 8 election, which was won by Suu Kyi’s NLD which increased its parliamentary majority — taking 396 of the 498 seats — had been disputed by the military. The Rohingya population had been excluded from participating in the vote.
Amnesty International’s Deputy Regional Director for Campaigns, Ming Yu Hah, called it “an ominous moment for people in Myanmar”, stating it threatened “a severe worsening of military repression and impunity. The concurrent arrests of prominent political activists and human rights defenders sends a chilling message that the military authorities will not tolerate any dissent amid today’s unfolding events” he said in a statement.
“Previous military coups and crackdowns in Myanmar have seen large scale violence and extrajudicial killings by security forces. We urge the armed forces to exercise restraint, abide by international human rights and humanitarian law and for law enforcement duties to be fully resumed by the police force at the earliest opportunity,” Hah said.
Concern remains about the safety of the Rohingya, an ethnic minority in the mostly Buddhist country.
The Rohingya have long been persecuted by the military and according to an October report by Human Rights Watch, “have faced decades of systematic repression, discrimination, and violence under successive Myanmar governments”.
According to the UN Refugee Agency, a million Rohingya refugees have fled violence in Myanmar since the 1990s. However, in August 2017 when violence broke out in Myanmar’s Rakhine State, more than 700,000 Rohingya fled to neighbouring Bangladesh.
In November, The Gambia brought a case against Myanmar to the UN’s International Court of Justice, arguing that the mainly-Muslim Rohingya had been subjected to genocide. Suu Kyi had downplayed the allegations of genocide and serious human rights violations.
Last month, Jan. 23, the ICJ ruled that Myanmar must take steps to protect its minority Rohingya population. ICJ’s orders are binding against Myanmar.
But as late as last November, Amnesty International reported it had “documented a litany of serious human rights crimes in Rakhine, Chin, Kachin and northern Shan States in recent years, including attacks killing or injuring civilians, extra-judicial executions, enforced disappearances, arbitrary arrest and detention, torture and other ill-treatment, forced labour, looting and confiscation of property”.
Amnesty International’s Hah said today, “Reports of a telecommunications blackout pose a further threat to the population at such a volatile time – especially as Myanmar battles a pandemic, and as internal conflict against armed groups puts civilians at risk in several parts of the country. It is vital that full phone and internet services be resumed immediately.”