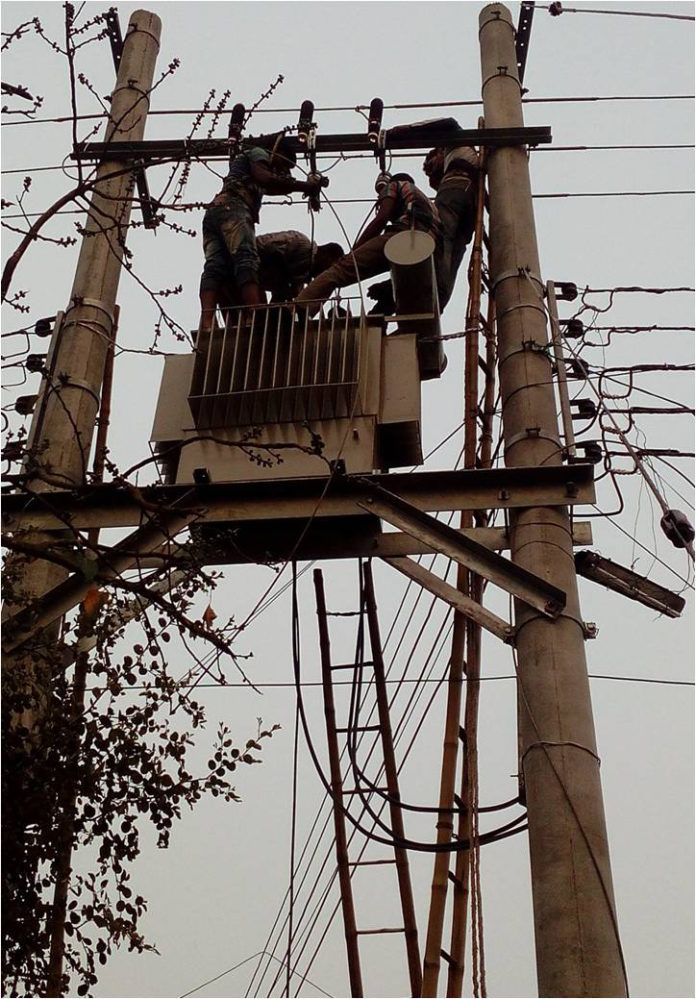 Northern Electric Supply Company (NESCO) Limited is going to implement a mega project aims at enhancing the power production capacity to meet the growing demand of power in the region. Besides attaining the ultimate goal of creating regional balance in power production.
Project Director (PD) Mokhlesur Rahman here told BSS that the four and half year project titled “Rajshahi Division Distribution line and Substation Extension and Rehabilitation” will be implemented in Rajshahi City Corporation and 21 Upazilas in eight districts under Rajshahi division.
The Taka 1091.32-crore project will increase the capacity by 470 MVA side by side with providing 2.35 lakh new power connections upon its successful implementation by June 2022, added Rahman, who is also Superintending Engineer of NESCO.
The project has been designed for standard up-gradation and rehabilitation of twenty 33/11 KV sub-stations, installation of 3,851 distribution transformers, 25 circuit breakers, 311 capacitor banks and three new 33/11 KV power sub-stations, erection of 2,042.5-kilometer new lines and rehabilitation of 1,411-kilometer dilapidated lines.
Engineer Rahman says Power Development Board (PDB) has been implementing another mega project in the division involving more than Taka 964.16 crore to ensure a safe and dependable power supply together with meeting the increasing demand for electricity till 2025.
The project styled “Power Distribution Management Development, Rajshahi Zone” being implemented in Rajshahi City and 16 upazilas of all eight districts since July 2015 with the main thrust of improving distribution system along with capacity enhancement of the distribution zone coupled with supplying power uninterruptedly.
Upon its successful implementation by June 2020, the scheme will contribute a lot to meeting the gradually mounting power demand besides reducing system loss, said Executive Engineer Nizamul Haque Sarker of the PDB project.
It will also help reducing existing load shedding caused by the prevailing power system weakness in the zone comprising 60 upazilas covering 16,493 square-kilometer areas with around 21.7 million people.
In the recent time, a large number of new rice mills, cold-storages, poultry farms and agro-based industries were established in the region.
Besides, big shopping malls, trade centres and large number of educationalinstitutions are functioning. An export processing zone has been set in
Pabna. The establishments have created a huge demand for power supply.
Engineer Nizam Haque says installation works of seventeen 33/11 KV new substations and standard up-gradation and renovation of existing 27 others
are progressing fast under the project. “We are constructing 1299-kilometer new distribution lines side by side with renovating 1714-kilometer existing
lines,” he added.
Requisite number of office buildings, substation buildings, boundary wall, internal roads and drains are being constructed.
He told BSS that construction of a number of picking power plants, independent power plants and rental electricity centres is progressing fast in the region.
Distribution of generated power from the plants and centres could be possible through the newly installed distribution lines under the project.
Sixty-five percent implementation works on the project was completed, he added.
Upon successful implementation, the two mega projects will enormously supplement the government vision of supplying power to all houses and
establishments by 2021 as these were adopted for making the existing power distribution system more strengthened and improved to ensure uninterrupted
power supply to all consumers by 2030.
Through boosting load capacity to 1826 MVA, the schemes will make the power distribution system easier that will help improving socio-economic condition of the project covering areas people.
As a whole, the projects will provide improved consumer services through ensuring quality evelopment of power distribution and its conservation
system, added Engineer Mokhlesur Rahman, reports BSS from Rajshahi. 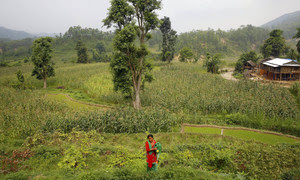