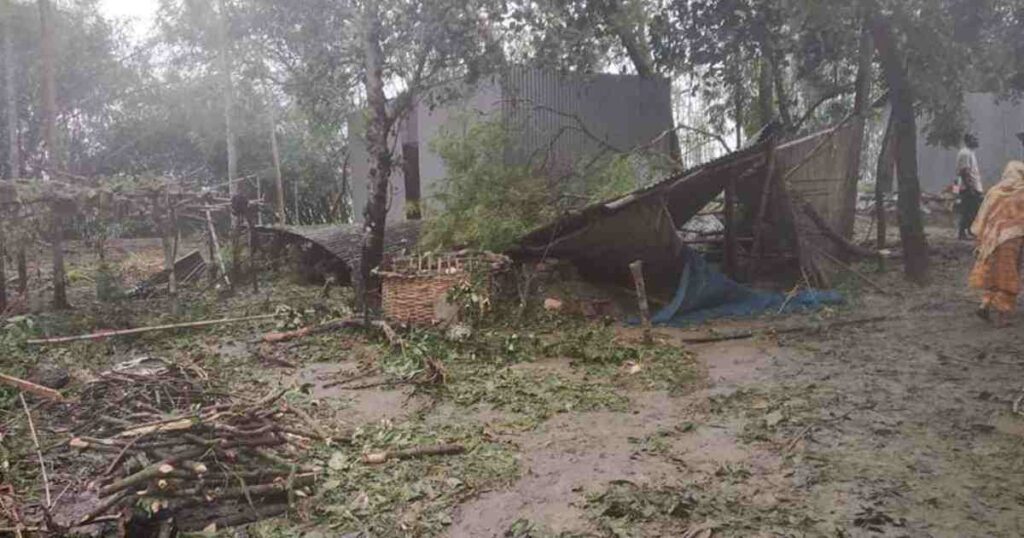 Bagerhat, May 06 – A teenage boy was killed after a tree collapsed on his room during a nor’wester that wreaked havoc in Chitalmari Upazila of Bagerhat district on Tuesday night. Besides, around 20 houses and some paddy fields were damaged during the storm.
The deceased was identified as Imon Mollik, 13, son of Ansar Mollik of Hizla village in the Upazila.
Md Maruf Alam, Upazila Nirbahi Officer of Chitalmari, said the storm swept over Chitalmari, Hizla and Shibpur around 10:30 pm, causing huge damages to homes and croplands.
At one stage, one tree collapsed on Imon’s room and smashed it, leaving him dead on the spot, he added.
Deputy Commissioner of the district Md Mamunur Rashid said they have immediately provided the deceased’s family with Tk 2,5000 for burial.
“We’ll provide further assistance to other victims of the storm,” he said, adding that he has already directed the UNO to prepare a list in this regard. – UNB