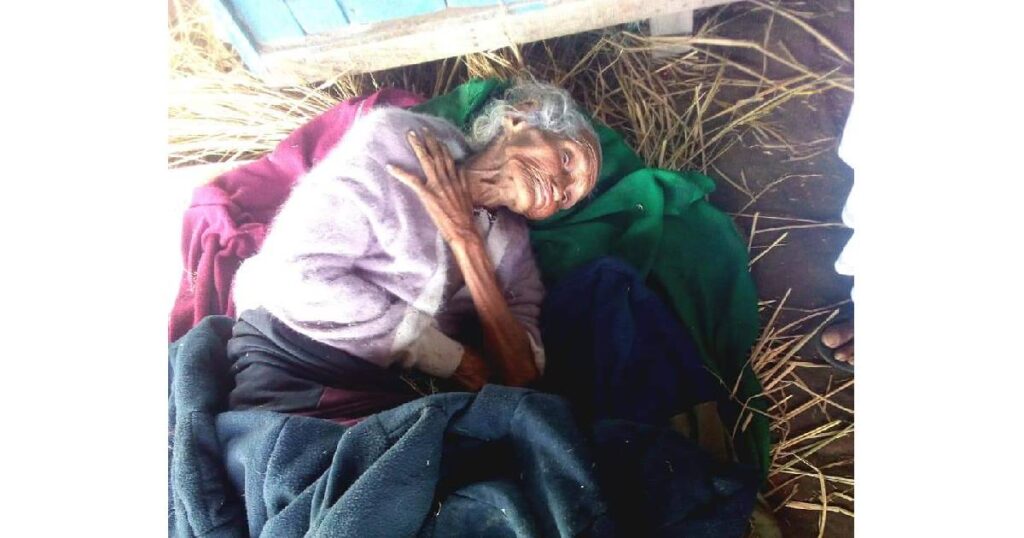 Rahela Begum is the wife of late Nabi Mondol of Navaran Union in Jhikargacha upazila of Jashore.Gomostapur Upazila Executive Officer Mizanur Rahman handed her over to her family members around 9pm. Additional Superintendent of Police (Gomostapur circle) Jahidur Rahman and Rohanpur Municipality Mayor Tareque Ahmed were present at the upazila health complex.
On Monday, the woman’s son Kashem came looking for her seeing media reports but could not identify his mother. Later, her daughter-in-law Rohima Begum, along with the union parished member and a local Awami League leader identified her.
Kashem said his mother went to visit his younger brother in Benapole at the end of October. After several days, his brother sent their mother home by a bus but the supervisor dropped her in Jashore town and she had been missing since.
UNO Mizanur said they identified the woman with the help of Jhikargacha administration and handed over her to the family. The administration will take care of the matter.
After spending 14 miserable days on the platform of Rohanpur Railway Station in shivering cold, the woman was rescued by the local administration and taken to Gomostapur Health Complex on January 12, reportsUNB from Chapainawabganj.