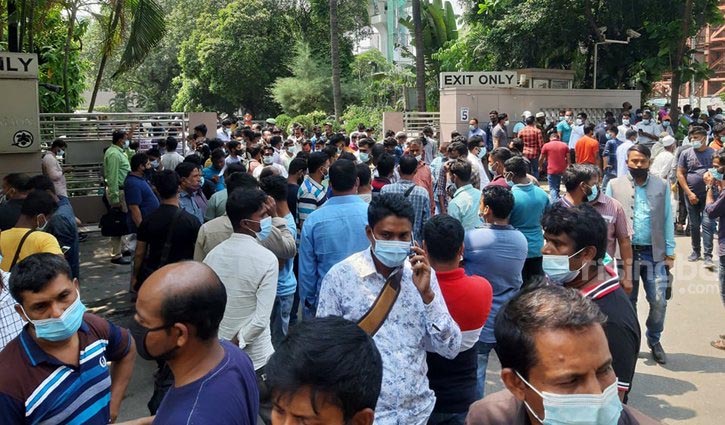 Dhaka, Apr 17:  Around 200 Saudi Arabia-bound migrant workers staged a protest inside the Dhaka airport early on Saturday morning after a scheduled special flight of Biman Bangladesh to Riyadh was cancelled at the last minute. Sources said the special flight to Riyadh was scheduled to take off around 6.15 am, with some 201 passengers, said Tahera Khandaker, DGM (Public Relations)of Biman Bangladesh. “But the flight was cancelled as the Saudi authorities made a delay in giving landing permission.”
The aggrieved passengers of the flight soon staged a protest inside the Hazrat Shahjalal International Airport.
“However, the authorities concerned have made special arrangements for all the passengers at different hotels. They will fly later,” said Tahera.
The government has decided to operate special flights of national carrier Biman to five countries, including four in the Middle East with a high concentration of Bangladeshi expat workers, from April 17.
The government has suspended operations of all domestic and international passenger flights to contain the spread of Covid-19 in the country during the ‘all-out lockdown’, which came into effect on April 14.
However, the special air services will allow overseas workers currently stuck in Bangladesh to return to their places of work, officials have said, .
reports UNB.