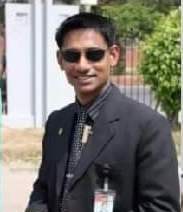 Cox’s Bazar, Sept 10 – A Cox’s Bazar court has turned down a petition filed by the elder sister of Major (retd) Sinha Md Rashed Khan seeking inclusion of district police chief ABM Masud in the case filed over her brother’s murder. Senior Judicial Magistrate Tamanna Farah dismissed the petition after hearing, said public prosecutor Advocate Faridul Alam.
Earlier in the day, Sharmin Shahriar Ferdous, Sinha’s sister, filed the petition with the court around noon.
Mohammad Mostafa, a lawyer of the petitioner, said SP Masud has been obstructing the investigation. He has also written a letter to give division facility to suspended Teknaf police officer-in-charge Pradeep Kumar Das and Inspector Liaquat.
“He is cooperating with the accused in various ways. So we’ve filed a criminal application to include him as an accused in Major Sinha murder case,” said Mostafa.
Major (retd) Sinha was killed in police firing at Baharchhara police check-post on July 31.
Sharmin filed a case at Teknaf Senior Judicial Magistrate Court accusing 13 policemen. – UNB