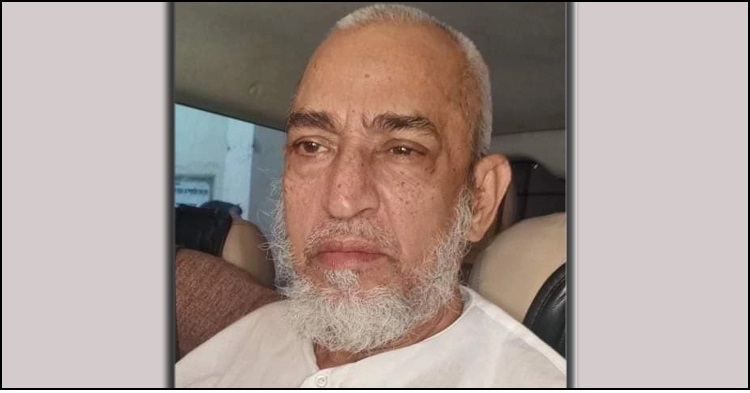 President M Abdul Hamid has rejected overnight convicted sacked military captain Abdul Majed’s mercy petition a day after Dhaka District and Sessions Judge’s Court issued his death warrant, more than two decade after he was sentenced to death in Bangabandhu Murder Trial.“The President has rejected his plea for mercy,” home minister Asaduzzaman Khan Kamal.
He added that the presidential decision meant there was now no bar in executing the convict, who was arrested two days ago from Mirpur area while he was on the run for nearly two and half decades to evade justice.
“I can’t tell you exactly when the execution will be staged but prison authorities will take steps to hang him as soon as possible, maintaining the Jail Code provisions,” Kamal said.
Majed was handed down the death penalty along with 12 other ex-military officers by the Dhaka District and Sessions Judge’s Court in 1998 while the verdict was subsequently upheld by the High Court and the Supreme Court’s apex Appellate Division.
An official familiar with the process said Majed’s mercy petition reached Bangabhaban through the prison authorities late yesterday while the President rejected it just ahead of the midnight.
Dhaka’s District and Sessions Judge Helaluddin Choudhury issued the death warrant opening the court yesterday with Supreme Court’s special permission” in view of COVID-19 holiday as Majed was brought before him from Kashimpur Central Jail under heavy security escorts.
The judge read out the charges and original judgment issued in 1998 by the same court in line with the legal procedures ahead of issuing the death warrant, meaning clearance on the trial court’s part for jail authorities to hang him.
Prosecution lawyers and police said ahead of issuing the warrant, the judge talked to the convict to confirm his identity while he was immediately brought back to the Kashimpur Central Jail on the outskirts of Dhaka.
A specialised police unit two days ago arrested Majed, one of the fugitive convicted Bangabandhu assassins, as he returned home after hiding nearly two and half decades in India.
Kamal earlier confirmed his arrest saying the “self confessed killer” was not only involved in Bangabandhu killing but also took part in the subsequent murders of four national leaders in high security Dhaka Central Jail on November 3, 1975.
He said previous reports indicated Majed was hiding in India but eventually he was arrested from Dhaka as he secretly returned to Dhaka last month.
Kamal said the convict was not only involved in killing Bangabandhu along with his family members but also took part in the subsequent murders of four national leaders on November 3, 1975.
Majed is one of the six absconding ex-army officers who were handed down capital punishment after trial in absentia while a prosecution lawyer earlier said after his appearance before a magistrate immediately after his arrest the convict said he returned to Bangladesh on March 15 or 16.
Majed claimed he managed to live secretly in the West Bengal capital Kolkata for the past 23 years.
Law minister Anisul Huq, who was a key prosecution lawyer of Bangabandhu Murder Trail, earlier yesterday told BSS that Majed now had no scope to challenge the judgment.
“The original verdict was delivered in 1998 which was confirmed by the High Court under a mandatory legal procedure,” Huq said.
He said a notice was issued asking Majed to surrender while he had a “constitutional right” to appeal before the Supreme Court within subsequent 30 days after the High Court decision but he continued to be on the run to evade justice.
Twelve sacked military officers were sentenced to death for the August 15, 1975 killing of Father of the Nation Sheikh Mujibur Rahman along with most of his family members and five of them were executed by now while one died a natural death as he was on the run abroad.
Bangabandhu’s elder daughter and incumbent Prime Minister Sheikh Hasina and younger daughter Sheikh Rehana survived as they were on a visit to the then West Germany at the time of the putsch, which also toppled Bangladesh’s post independence government.
The five convicts were hanged at Dhaka Central Jail on January 28, 2010, after a protracted legal procedure while the delayed trial process began in 1996 when an infamous indemnity law was scrapped as until then it was protecting the assassins from justice.
The hanged convicts were sacked lieutenant colonels Syed Farooq Rahman, Sultan Shahriar Rashid Khan, AKM Mohiuddin Ahmed and Mohiuddin Ahmed and sacked major Bazlul Huda. Another convict, sacked colonel Aziz Pasha, died a natural death in Zimbabwe while he was on the run.
Farooq Rahman, Shahriar Rashid Khan, Mohiuddin Ahmed of artillery faced the trial in the judge court in person.
Huda was extradited from Thailald after the then district judge Golam Rasul delivered the judgment and years later and another convict Mohiuddin known as lancer Mohiuddin was sent back from the United States.
Majed was one of the remaining fugitives believed to be hiding abroad with no confirmed whereabouts.
The rest of the fugitives included key mastermind of the August 15, 1975 coup plot ex-lieutenant colonel Abdur Rashid while the Interpol issued red alert against the absconders believed to be hiding in several countries including Pakistan.
Bangladesh confirmed two cases where two convicts took refuge in the United States and Canada, one of them is said to have shot dead Bangladesh founder directly.
Dhaka said it was trying to extradite them to be exposed to gallows but Canada declined to entertain the request citing provisions of the country’s own law.
After the August 15, 1975 carnage, Majed was rehabilitated in civil service during the subsequent regime of former military dictator turned politician Ziaur Rahman as an ex-cadre official and posted as the director of National Savings Department.
He fled the country while serving later in the finance ministry along with most other 1975 coup plotters as the 1996 general elections brought Awami League back tom power which vowed to expose to justice Bangabandhu killers in line with its election manifesto.