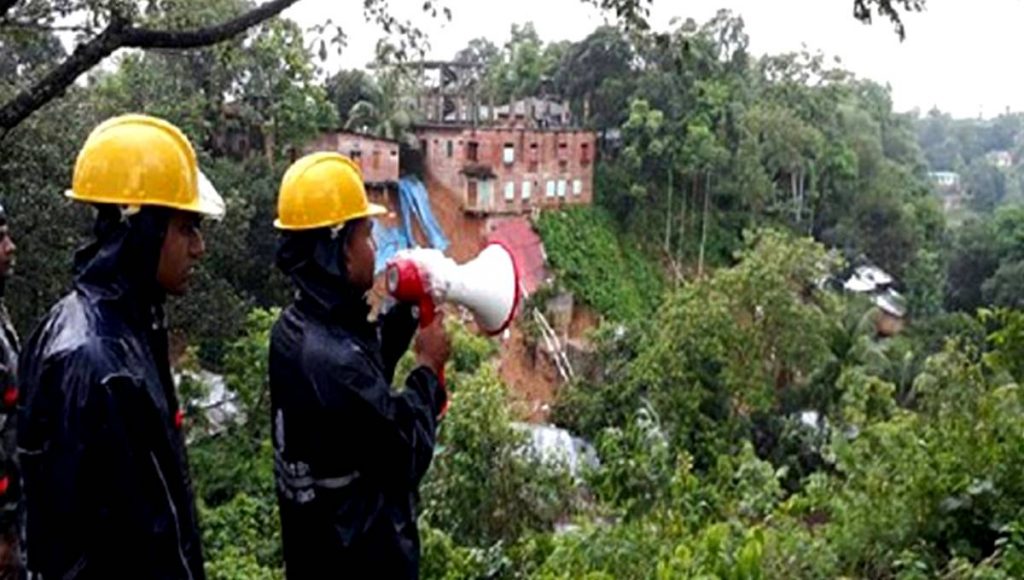 Chattogram, July 7 (UNB) – Over 50 families have been evacuated from Jalalbad hill in the city on Sunday fearing landslides amid rains for the last couple of days.

Md Delwar also said nobody would be allowed to stay in risky hills. They will have to move to shelter centres or to their relatives’ houses in safer area, he said.

Delwar further said, “If needed, magistrates will conduct drives. We want to prevent deaths by landslides at any cost.”

On the other hand, six assistant commissioners (land) of six circles and district relief and rehabilitation officials were deployed to conduct activities in the shelter centres. Adequate relief items like dry food and drinking water were stored in the shelter centers.

Heavy to very heavy rainfall has been forecast for parts of Chattogram and Barishal divisions in the next 24 hours starting at 10am on Sunday.

In a bulletin, the Met Office said rainfall is likely to occur due to active monsoon over Bangladesh. Torrential rain could trigger landslides in the hilly region of Chattogram, it said.