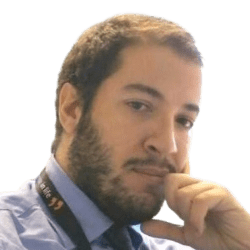 by Valerio Alfonso Bruno and Waqar Rizvi
A Europe of permanent electoral campaigning is one conducive to a permanent moral panic about refugees.
Recently numerous reports have emerged of the mistreatment and abuse suffered by asylum-seekers and refugees, mostly from Afghanistan, in several EU member states, including Germany, Greece Hungary (to name but a few).
The United Nation high commissioner for refugees has condemned the abuse, saying it is ‘deeply regrettable’. The Council of Europe’s Committee for the Prevention of Torture has accused German police officers of harshly mistreating refugees. The European Court of Human Rights has directly intervened in one family’s case, while Hungary tried to deport three families back to Afghanistan, in a move which would have breached international law.
The rather-unexpected conscience on the part of these international bodies—rooted in the post-war ‘never again’ consensus—is worth applauding. It is, however, shameful to witness the silence of most European governments and political parties over the serious mistreatment of asylum-seekers and refugees occurring throughout Europe.
Permanent campaigning
The worrying lack of condemnation from EU politicians in relation to the recent mistreatment of refugees should not come as a surprise. Europe (and much of the western world) finds itself in a period of ‘permanent electoral campaign’. Politicians closely monitor public opinion on their respective records, relying on surveys and polling—even treating their popularity on ‘social media’ as a sign of success.
Long-term political vision and strategy are becoming de facto rare qualities in politicians. Most prefer to shift their positions on key issues with dramatic and high frequency. In Italy, the Movimento Cinque Stelle is a perfect example of that ‘permanent electoral campaign’, as can be seen by its zigzagging policies on the EU and the euro (from hardcore Euroscepticism to support and vice versa).
Those who have proven themselves most understanding and mastering the current context of permanent political campaigning in Europe are undoubtedly the populist radical-right parties. These movements have exploited the rising sense of frustration and (arguably unjustified) fear of EU citizens of the last ten years—since the 2008 financial crisis, we’ve been in an uninterrupted ‘decade of crises‘ in Europe.
Amplifying fear
The ‘crisis’ of migrants, asylum-seekers and refugees showing up in Europe has been immorally used by radical right parties to amplify fear. They find support by playing on citizens’ emotions, claiming solidarity with their nervousness about ‘the other’ and the ‘danger’ they may represent. The right’s claim to provide security solutions is reminiscent of ‘law and order‘ politics, as in most cases these solutions remain purely claims, serving as propaganda to win political backing.
As witnessed in recent cases of mistreatment of asylum-seekers in the EU, a climate of permanent hate has emerged. This is a status quo tolerated disturbingly by national governments, with international bodies—the Council of Europe, UN agencies, NGOs and so on—the only relevant actors daring to condemn those abuses.
The argument, in some quarters, is that the very ‘soul’ of Europe is at stake. At issue is whether the perceived Judeo-Christian heritage on which some right-wingers pride themselves is in danger. The concerns about a ‘cultural clash’ already in play are exacerbated by a growing mass of people who seek to move away from multicultural norms and values. Some may even term this open Islamophobia, though it is not just Muslims who are on the receiving end of such hype—the current hysteria towards Polish and other EU migrants in the UK is a perfect example.
Willing to integrate
The fact is that most refugees adapt well to their respective adopted countries, working hard to learn the language and become financially independent quickly. Most are not looking for handouts for life but only seek safety, shelter stability—all reasonable desires. If they receive an open, tolerant embrace, many asylum-seekers are more than willing to integrate.
The problem of the of minorities, most starkly evident in places like France, is a long- one, with plenty of blame to go around. Is Europe doing enough to accept its minorities, while it lectures others?
A few years ago, the German chancellor, Angela Merkel, was globally praised for her ‘open-door’ migration policy, conceived to handle primarily Syrian refugees. Soon, the internal political climate (2018 legislative elections) forced the chancellor to reconsider her stance. Following defeats in the Hesse and Bavaria regional elections, she announced she would not see re-election in 2021 for a fifth term.
In light of this, Merkel can display leadership by moving away from this era of the permanent electoral campaign. She must show how her nation can be an example for other EU member states to follow, in how it approaches migrants seeking refuge in Germany. Will she take a stand?
(Valerio Alfonso Bruno is a postdoctoral researcher at the University of Fribourg, focusing on technocratic and financial elites and their relationship with the rise of populist movements in the EU, and senior fellow at the Centre for Analysis of the Radical Right (CARR). Waqar Rizvi is an award-winning international broadcast journalist, hosting a political analysis show on Indus News.)