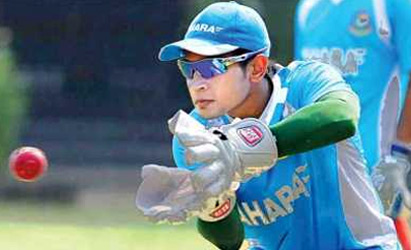 Mushfiqur Rahim has said he regrets his hasty resignation from the Bangladesh captaincy, although he is effectively out of the job until the BCB decides whether to reappoint him.After the third ODI on May 8, which Bangladesh lost, Mushfiqur told his team-mates and announced to the media that he would quit after the Zimbabwe tour.
But following Sunday’s 34-run win over the home side in Bulawayo, Mushfiqur admitted that it was a mistake on his part to have announced his resignation with two matches still remaining in the tour.
He has also denied that he quit because he felt there was a lack of teamwork, as widely reported in Bangladesh.
“After resigning I have realised that I should have discussed the matter with the BCB, who have made me the captain,” Mushfiqur said. “It was my mistake.
People from the BCB have told me that we will hold discussions when I am back. I have let them know my decision, now it’s for them to decide.
“It is not about teamwork. I have taken the decision emotionally. It was a wrong decision on my part. No player should back out in such a time. I should have been encouraging everyone, but I ended up doing just the opposite.
I have now realised my mistake. Losing to them didn’t go down well with me. My team-mates have backed me, and I hope this is how it remains in the future.”
Bangladesh lost the first Test by 335 runs, their biggest defeat to Zimbabwe by margin of runs, and later lost the ODI series after taking a 1-0 lead. The win in the second T20 helped them draw the series.
Overall they lost four games and won three across the three formats, which wasn’t the result they would have expected coming to Zimbabwe four weeks ago.
“We are upset, because we had expected a much better result,” Mushfiqur said. “A few things didn’t go our way, plus we made some mistakes.
We should have won the last [ODI], which was disappointing. We should have conducted ourselves better in the field, cooler heads were missing. There’s a lot to learn from tours like this.”
Bangladesh’s next international assignment is in October but the BCB is likely to hold talks with Mushfiqur soon to resolve the controversy surrounding his swift resignation and even swifter repentance.
(Source: Cricinfo)