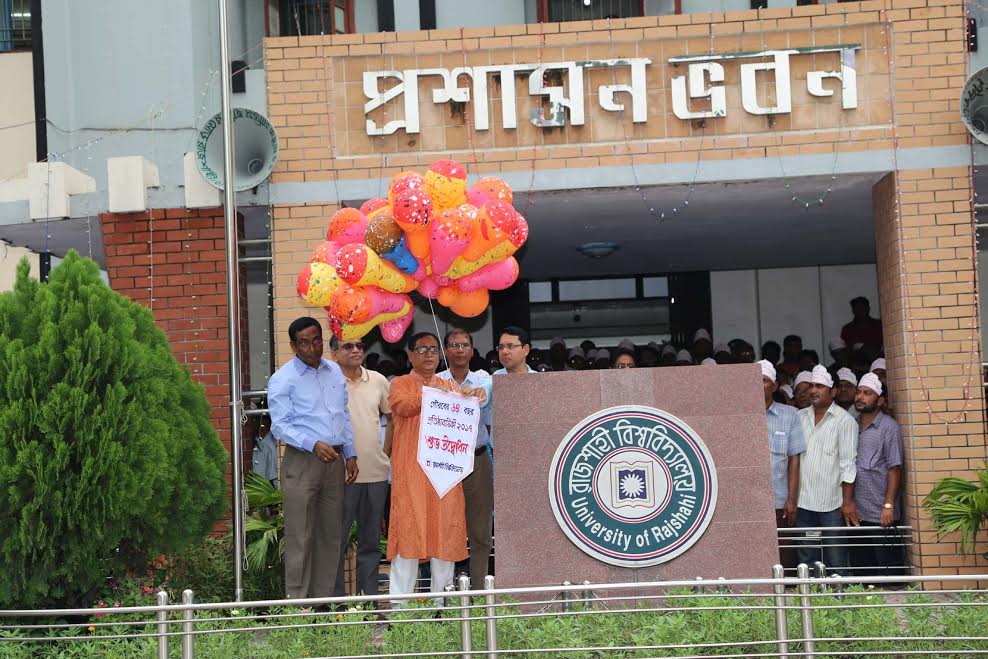 Rajshahi, Feb 05 – A leader of Bangladesh Chhatra League Rajshahi University (RU) unit was suspended for a month yesterday (Monday) for assaulting a campus reporter in last year.
The suspended leader is Sabrun Zamil Sushmoy, is the of the RU unit.
The victim was, Ali Younus Hridoy, a final-year student of mass communication and journalism, and RU correspondent of the daily Kholakagoj was also the general secretary of Rajshahi University Reporters’ unity then.
Earlier on December 1, last year, Susmoy beat up Hridoy, when he and other journalists went to air an incident in front of Kazi Nazrul Islam Auditorium of the university.
Following the incident, around 60 journalists working on the campus protested the incident day and demanded of the attacker.
After around two months of the the leader was suspended for one month, said in a press release signed by RU BCL president Golam Kibria and Secretary Faisal Ahmed Runu.
All of the leaders and activists of the organization are also asked to avoid such incidents with anyone. – RU Correspondent